University of Glasgow to take directorship of EPIC

The Scottish Government has today announced the re-commisioning of EPIC, the Pan-Scottish Centre of Expertise on Animal Disease Outbreaks. For the next 5 years EPIC will be led from the University of Glasgow by Professor Dominic Mellor, Professor of Epidemiology and Veterinary Public Health at the School of Veterinary Medicine (SVM). 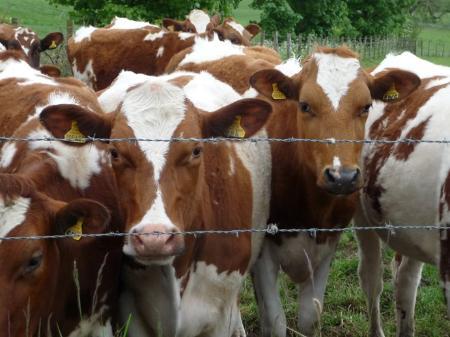 The Centre receives £1.97m from the Scottish Government for their first year, as part of £48m announced today for funding into Scottish agriculture, food and environment research. In Glasgow, EPIC will be supported by researchers from SVM and the Institute of Biodiversity, Animal Health and Comparative Medicine (IBAHCM). In addition to Dominic Mellor, EPIC will include Rowland Kao, Louise Matthews, Sibylle Mohr and Theo Pepler from the BAHCM and Lisa Boden from the SVM.

From April 2016, the EPIC will be commissioned by RESAS (Rural and Environment Science and Analytical Services) to provide top quality epidemiological and economic advice to the Scottish Government in preparation for and in response to, animal disease outbreaks. The consortium will flexibly occupy the continuum between applied, policy-responsive work and longer term, curiosity-driven research.

Speaking of the announcement, Prof Mellor said: “I am absolutely delighted to be taking on the Directorship of the new EPIC III programme. I have been a PI in EPIC II for the last five years and am enormously proud to be part of such an innovative, policy-responsive research consortium.

“It is a great tribute to the quality of science and the collegiate spirit of our collaboration with the Scottish Government that we have been commissioned to deliver another exciting and challenging programme of work for the next five years in support of preparedness for, and mitigation against, animal disease outbreaks.

“I am very honoured to be leading such a strong, multi-institution, multidisciplinary team of high calibre scientists.”

Professor Dan Haydon, Director of the IBAHCM, said: “This is a major development for Glasgow and its veterinary science role in Scotland.”

Over the last five years, EPIC’s mission has been to deliver the highest-quality scientific evidence to the Scottish Government. EPIC has fostered a unique and synergistic environment in which scientists who are expert in veterinary science, epidemiology, genetics, physics, mathematics, social science and economics can come together to respond to policy-relevant questions in ‘peace-time,’ as well as during animal disease emergencies.

The initiative also involves partnership with Scottish Government veterinarians, scientists and policy officials, as well as engagement with stakeholders and the public, to capitalize on shared knowledge and expertise and ensure that decisions for local action are based on robust evidence, as is fundamental to improving further the resilience of Scottish livestock industries.

Rural Affairs Secretary Richard Lochhead said: “Scotland is globally renowned as a land of science and innovation, and this funding will ensure we maintain our position at the very cutting edge of advances in agriculture, food and the environment.

“The Scottish Government continues to be a major funder of research in these fields, investing almost £50 million a year in research into crop science, animal health and welfare, human health and wellbeing and global challenges like food security and climate change.

“Our continued support will ensure Scotland will remain at the forefront of ground-breaking advances that have the potential to transform farming and food production in this country and across the world – building on the successes already achieved.”