HIV testing frequency guidelines are not being met

Gay men and other men who have sex with men (MSM), including those thought to be at “high risk”, are not getting HIV tests often enough, according to new research. 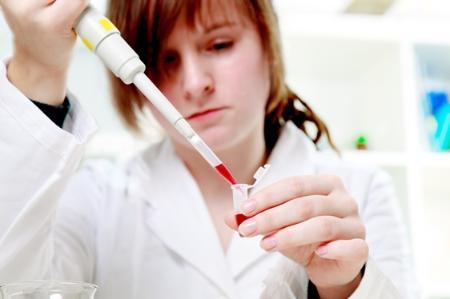 The study, which was carried out by researchers at the MRC/CSO Social and Public Health Sciences Unit, University of Glasgow, found that while national guidelines suggest all MSM test annually for HIV and those “at higher risk” every three months, neither recommendation is being met.

This study, which is published in the HIV Medicine journal today, is the first to explore the frequency of HIV testing amongst MSM in the UK. It found that fewer than one in five men reported having four or more tests in the last two years, while the authors estimated that only 54.9% MSM test annually.

Dr Lisa McDaid, the lead author of the study, said: “HIV testing is a core component of current HIV prevention, but despite substantial increases in the uptake of HIV testing in recent years, our results suggest MSM in the UK do not test frequently enough.

“Furthermore, given that current guidelines suggest individuals at risk of HIV test as frequently as every three months – as well as after a risk event – and that men newly diagnosed with HIV are known to have been less frequent testers, there is a clear need to promote frequent testing as routine and address barriers to frequent testing accordingly.”

Among the HIV testers, more than half reported that their most recent test was part of a regular sexual health check and over one third tested in response to a perceived risk event.

The study notes that HIV prevention requires men to “incorporate increasingly complex understandings of transmission risks and adaptive behaviours into their sexual lives” and that there is currently no consensus on who “at risk” groups were.

Overall 21.2% reported more than four HIV tests and 33.7% reported two to three tests in the last two years. The study also found that 56.7% tested for HIV as part of a regular sexual health check and 35.5% tested following a risk event.

The guidelines for HIV testing were set by the British HIV Association (BHIVA), British Association of Sexual Health and HIV (BASHH).

The study looked at data from cross-sectional surveys completed by 2,409 MSM in Edinburgh, Glasgow and London in 2011 and a Scotland-wide online survey conducted in 2012/13.

Dr McDaid said: “Frequent testing will be central to the success of biomedical HIV prevention. HIV self-testing kits are now available in the UK, but it remains to be seen if these can increase testing frequency. Regional, demographic and behavioural differences and variations in the risk profiles of testers also suggest it is unlikely that a ‘one size fits all’ approach to increasing the frequency of testing will be successful.”

The study, ‘Frequency of HIV testing among gay and bisexual men in the UK: implications for HIV prevention’ is published in HIV Medicine. The Glasgow/Edinburgh survey was funded by the Medical Research Council and Health Protection Scotland. The London survey was funded by the Health Protection Agency. The Scotland-wide Online Survey was partly funded by NHS Lanarkshire BBV and supported by advertising from Gaydar.co.uk and Grindr.