Scientists from the University of Glasgow have concluded that focusing health messages on sugar in isolation may mislead consumers on the need to also reduce overall calories, including those from fat. 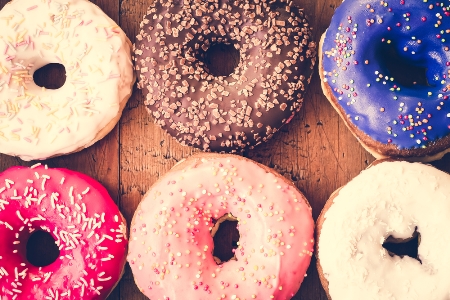 The research, published today in the International Journal of Epidemiology, looked at data from 132,479 people from across the UK, who completed online diet questionnaires as well as having their measurements taken at a clinic. Of those taking part, 66% of the men and 52% of the women were overweight or obese.

Although sugar is currently being targeted in initiatives such as the sugar tax, due to its minimal nutritional benefit and the fact that sugary drinks increase calorie intake without satisfying hunger, the researchers concluded from the study that fat made the biggest contribution to the overall calorie intake of the individuals studied.

The study’s findings emphasise that the critical factor in the current global obesity epidemic is the overall calorie intake consumed by individuals, and evidence suggests if people focus on reducing one type of food, they simply compensate by eating more of another type (called the “sugar-fat seesaw”), rather than reducing their overall calories.

Jill Pell, Director of the Institute of Health and Wellbeing, co-lead author said: “The critical message is that people need to reduce their overall calories. If focusing attention on sugar results in people compensating by eating more crisps then we will fail to combat obesity.”

Dr Jason Gill, from the Institute of Cardiovascular and Medical Sciences, co-lead author added: “People who are overweight and obese consume more calories than those who are normal weight. But they consume a smaller proportion of these calories from sugar and a larger proportion from fat. Thus it is important not to simply focus on reducing sugar intake; we need to emphasise reductions in fat intake as well.”

The paper, ‘Adiposity among 132 479 UK Biobank participants; contribution of sugar intake vs 5 other macronutrients’ is published in PNAS. The study was written using data from the UK Biobank and supported by the Glasgow University Paterson Endowment Fund.