New research has identified how cells protect themselves against ‘protein clumps’ known to be the cause of neurodegenerative diseases including Alzheimer’s, Parkinson’s and Huntington’s disease.

The study, which is published today in Cell and was conducted by the University of Glasgow in collaboration with the MRC Protein Phosphorylation and Ubiquitylation Unit at the University of Dundee, offers an insight into the role of a gene called UBQLN2 and how it helps to remove toxic protein clumps from the body and protect it from disease.

Using biochemistry, cell biology and sophisticated mouse models, the researchers discovered that the main function of UBQLN2 is to help the cell to remove dangerous protein clumps – a role which it performs by first detangling clumps, then shredding them to prevent future tangles. 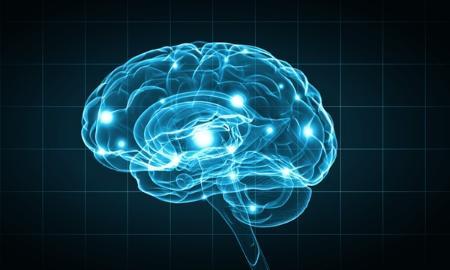 Protein clumps occur as part of the natural aging process, but are normally detangled and disposed of as a result of the gene UBQLN2. However when this gene mutates, or becomes faulty, it can no longer help the cell to remove these toxic protein clumps, which leads to neurodegenerative disease.

Dr Thimo Kurz, from the Institute of Molecular, Cell and Systems Biology, said: “The function of UBQNL2 is connected to many neurodegenerative disorders, such as Parkinson’s, Alzheimer’s and Huntington’s disease.

“These patients often have very clear clumps in their brain cells. Using mice that mimic human Huntington’s disease, we found that when UBQLN2 is mutated, it could no longer help nerve cells to remove protein clumps in the brains of these mice.”

Previous work has shown that when the UBQLN2 gene is faulty, it leads to a neurodegenerative disease called Amyotrophic Lateral Sclerosis with Frontotemporal Dementia (ALS/FTD or motor-neuron disease with dementia). However until this study it was not fully understood why mutation of this gene caused disease.

Now that scientists understand exactly how UBQLN2 works and what it does, they are also able to understand why its mutation appears to be so detrimental to the body.

Indeed they hope that their findings will pave the way for new research into novel treatment options for patients with neurodegenerative diseases.

Dr Roland Hjerpe said: “The significance of this discovery goes beyond the role of UBQLN2 in motor-neuron disease with dementia.

“Our study has revealed a new mechanism by which nerve cells cope with protein clumps in general, which has implications for most neurodegenerative diseases and can open up avenues for new therapeutic interventions to treat these conditions in the future.”

The study ‘UBQLN2 connects the proteasome with the HSP70 system to promote autophagy-independent protein aggregate clearance’ is published in Cell. The research was funded by the Medical Research Council (MRC), an ERC Starting Investigator Grant, a Tenovus Scotland grant, the CDHI foundation as well as the pharmaceutical companies supporting the Division of Signal Transduction Therapy Unit (AstraZeneca, Boehringer-Ingelheim, GlaxoSmithKline, Merck, Janssen Pharmaceutica and Pfizer), at the University of Dundee.

Notes to Editors
The study found that UBQLN2 facilitates the detangling of protein clumps, also known as protein aggregates, by recruiting a “dis-aggregase” made up of the protein HSP70 and associated factors.
UBQLN2 also links this machinery to a large cellular protein shredder, called the 26S proteasome, which cuts the untangled proteins into small pieces to prevent them from clumping up again.