Potential future fracking activity in the UK is unlikely to pose a pollution danger to overlying aquifers, new research from a leading academic suggests. 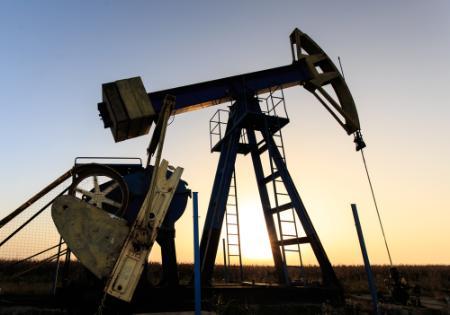 One of the primary concerns of those who oppose the development of shale gas by hydraulic fracturing is that creation of new fractures in the earth could cause fracking fluids to leak into, and contaminate, underground freshwater aquifers.

However, in a new paper just published online in the journal Earth and Environmental Science Transactions of the Royal Society of Edinburgh, Professor Paul Younger from the University of Glasgow’s School of Engineering demonstrates that fracturing on a far larger scale – and far closer to overlying aquifers – led to no such interconnections. A detailed study of the Selby Coalfield in Yorkshire illustrates this.

Mining activity at Selby was carried out for more than two decades at depths far shallower than those proposed for potential fracking activity, until the coalfield was closed completely in 2004. While deep mines elsewhere in the UK gave rise to water pollution because of their mined connections to shallow flooded workings, Selby’s complete isolation from aquifers close to the surface prevented any development of pollution pathways via fractures. This isolation is closely analogous to what would happen (albeit at far greater depth, and thus even greater isolation) in the case of shale gas development.

Professor Younger, the University’s Rankine Chair of Engineering, said: “Although the Selby Coalfield didn’t use hydraulic fracturing of the kind suggested for the recovery of unconventional oil and gas deposits, the site offers a useful analogue to help us learn more about what could happen if fracking were to take place in strata of similar age in the UK.

“In order for aquifers to be contaminated, an interconnection between a fracture and an aquifer would need to be created during the fracturing process. Firstly, shale gas developers have a major vested interest in preventing this from happening, since it would result in a great deal of expense to pump it away before gas production could begin. Secondly, we can see from Selby, which is located at less than half the depth of proposed shale gas fracturing zones, that total isolation from aquifers is entirely likely.

“Even where fracture connections were present, contamination could only occur if the water pressures favoured upward movement of fluids. In fracking, upward hydraulic gradients are only created for a few hours at the beginning of the process, after which the boreholes are depressurised altogether in order for gas or oil to be extracted. Given that potential contaminants would need to travel a kilometer or more to reach an aquifer, there is no way that they would be able to cover that distance during the short space of time an upward hydraulic connection would be created.”

Professor Younger added: “One of the primary challenges for the UK’s energy industry is overcoming the ‘energy trilemma’ – balancing affordability, security of supply and decarbonisation.

“Around 80% of Scotland’s energy use comes from fossil fuels, and especially for heating and transport uses, these cannot easily be replaced by renewables. As an interim solution, natural gas has half the carbon emissions of coal, so is a step in the right direction. Using indigenous natural gas, especially with carbon capture and storage, could greatly help the low-carbon transition. Shale gas could be useful in this regard, provided environmental risks are properly regulated. “Groundwater pollution is but one such risk.

“However, it is important to note that very little groundwater is used in Scotland, and none of the aquifers used for public supply overlie potential shale gas zones. Even for the minor, private groundwater supplies in potential areas of shale gas development, this research shows that potential hydraulic fracturing would not pose a danger to overlying aquifers. There may be other reasons for opposing the use of indigenous gas resources, but aquifer pollution due to fracking at great depths is not one of them”.

Professor Younger’s paper, titled ‘How can we be sure fracking will not pollute aquifers? Lessons from a major longwall coal mining analogue (Selby, Yorkshire, UK)’, is published in Earth and Environmental Science Transactions of the Royal Society of Edinburgh.

The work was partly funded by the Natural Environmental Research Council (NERC) and the Engineering and Physical Sciences Research Council (EPSRC), and was informed by the experience of undertaking an independent review of the closure plans submitted to the Environment Agency by the now-defunct company UK Coal.