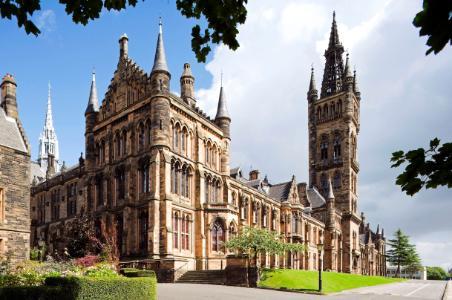 Professor Anton Muscatelli, Principal and Vice-Chancellor of the University of Glasgow, said: “We’re pleased and proud to be nominated for the second year running as University of the Year, in addition to being shortlisted for the other prestigious awards.

“Our success in the shortlisting is a testament to the tremendous efforts of our first-class researchers, which, in tandem with our excellent teaching across four Colleges, makes us a world-leading institution.

“With work underway to expand and improve our learning and teaching facilities in coming years, we’ll be even better-placed to continue the world-changing, inspiring work we’ve been doing since 1451.”

A study from Professor David Clark’s End of Life Studies Group has been nominated for the Research Project of the Year,  for a paper published in the journal Palliative Medicine in March 2014.

The research explored, for the first time anywhere in the world the number of hospital inpatients in an entire country who on a given day are within the last year of life. The paper showed that among 10,743 inpatients in  25 Scottish teaching and general hospitals on 31 March 2010,  3,098 (28.8%) patients died during the one-year follow-up period. Perhaps most striking of all was the finding that in Scottish hospitals on any given day, almost one in ten patients (9.3%) will die before they leave.

The study was a massive call to action for hospitals to give greater priority to identifying inpatients who might benefit from palliative care. It also attracted attention from Scottish Government officials and from researchers in Denmark and New Zealand (where the study is now being replicated). Professor Clark was subsequently  invited to take the role of Consulting Editor on the Scottish Government’s Strategic Framework for Action on Palliative and End of Life Care, due to be published December 2015 and is currently advising the Scottish Parliament on its Inquiry into palliative care.

MODE Diagnostics, a University spinout which develops new health screening products for physicians and consumers, is shortlisted for the Outstanding Contribution to Innovation and Technology award.

This year, MODE launched its first over-the-counter project, a digital device which allows people to test themselves for early signs of bowel cancer. Bowel cancer, which affects 41,000 people a year in the UK, can be detected in its initial stages by low-level bleeding. While it is one of the easiest cancers to cure, early detection is vital. Only half of those diagnosed with bowel cancer survive for five years, but early surgery improves survival rates to 80%. The digital display produces a green tick if the result is clear and an amber alert if further medical advice is required.

Liam King, President of the University of Glasgow's Student Representative Council, said: "The SRC is incredibly proud of our nomination for University of the Year for the second year running. The excellent teaching of all our academic staff and the cutting edge research that it so closely reflects makes for a world leading experience for students."

The winners of the Times Higher Education Awards will be announced at an event in London on Thursday 26 November. More than 1000 guests are expected to attend, including politicians, senior sector figures, and academic and university staff from all corners of the UK.