A tale of two cities: researchers reveal what connects and what separates the young people of Glasgow and Hong Kong

Youngsters in Glasgow’s East End “hang out” together online rather than outdoors. In contrast, in Hong Kong, where outdoor space is at a greater premium, young people are increasingly congregating on the streets.

These are among the findings of a collaborative research project by University of Glasgow researchers Dr Susan Batchelor and Dr Alistair Fraser, who compared the lives of 16-25 year-olds living in the Dennistoun area of Glasgow’s East End with those living in the Yat Tung estate near Hong Kong’s international airport. 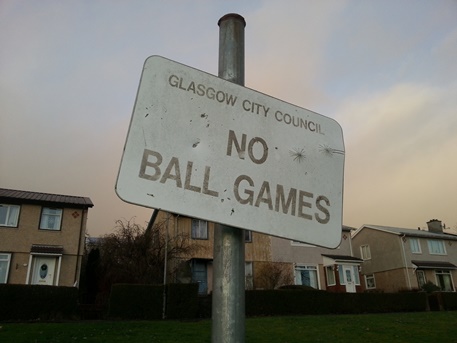 An exhibition (running November 7-14) at The Bridge, Westerhouse Road, Glasgow, will illustrate some of the common features of life for young people in Glasgow and Hong Kong as well as some areas in which their experiences diverge. 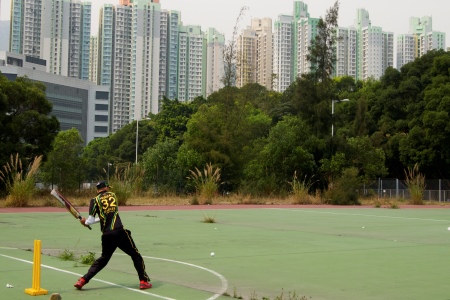 The event, which is part of the annual Economic and Social Research Council (ESRC) Festival of Social Science, will also feature a similar study from more than 50 years ago.

The original research conducted by Pearl Jephcott in the 1960s was in response to popular concerns of the time relating to “unattached” youth who spent their free time hanging around the streets and local cafes, going to the cinema or “the dancing”.

In 1971, after publishing a groundbreaking study of youth leisure in Scotland, she travelled to Hong Kong on behalf of UNICEF. She documented clear differences in the meanings of work and leisure between these two contexts, some of which remain today. While Glasgow’s youngsters were mooning around in the latest fashions, listening to pop music, growing their hair long and getting into fights, Hong Kong teenagers were working.

The new study shows that today’s youngsters in both cities are increasingly turning to digital and social media connections to “hang out” virtually with their friends.

“In Glasgow young people have more leisure time than they used to,” said Dr Batchelor, “but fewer spaces available to them to engage in unregulated leisure that doesn’t involve consumption. In the East End of the city, where our study was located, there has been a lot of regeneration to do with the Commonwealth Games. Formerly vacant land, that was once used as a space for hanging about or playing football, has been replaced by new supermarkets and private flats. In addition, local pubs and cafes which once served the community have been replaced with more expensive bars and ‘bar-b-que’ joints, which the majority of young people cannot afford.”

She added: “Young people have far more commitments than in the past, often combining full-time education with work, or working more than one job. Despite this, they have less money than they did, so less freedom in terms of public spending. Leisure space has also become more commercialised which means that young people often can’t access it and that means that young people are more immobile.”

Dr Fraser said that the people living in the Yat Tung public housing estate were much more transient than in the comparator area of Dennistoun, largely because people in Hong Kong tended to look at public housing as a temporary place to occupy. There was therefore not the same investment in the local community.

He also noted, however, that young people in both areas had become more politically active during the period of the study. With 16- and 17-year-olds in Scotland being given the right to vote in the independence referendum, many felt as if political parties were paying attention to them for the first time and were consequently glued to social media. 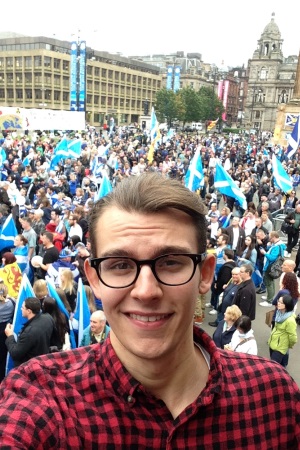 Meanwhile, in Hong Kong, a remarkable social movement was unfolding.‌

“The Umbrella Movement, as it became known, was largely led by young people, and involved the occupation of three major intersections in the city. It lasted three months, and at its height it brought an estimated 100,000 to the streets. In the process the humble umbrella – used to protect protesters from tear gas, water cannons, intense sunlight and fierce rain – became a symbol for a unique brand of Hong Kong-style street politics,” said Dr Fraser, who witnessed the events in Hong Kong while he worked at the University of Hong Kong before returning to Glasgow. 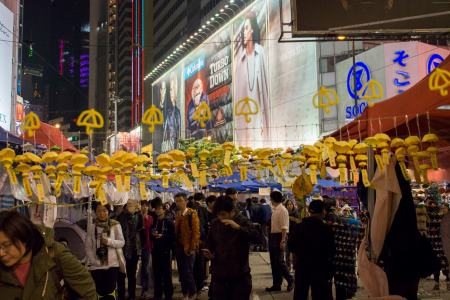 He added: “In both sites we found young people living simultaneously between online and offline worlds. They were in constant contact through their smartphones – using Whatsapp, Twitter and Facebook – whilst also often being in conversation in the ‘real world’. Social media has clearly become a critical rallying point and instigator of real-world engagement in new and interesting ways. In Hong Kong, however, young people have taken their politics to the streets in a way that is much less common in Scotland.”

An exhibition of images from the ESRC-funded research project ‘(Re)Imagining Youth: From Glasgow to Hong Kong’ will be on display from 7-14 November at The Bridge, Easterhouse.

Dr Batchelor and Dr Fraser will be talking about their research on 11 November.