A grant of £4.2 million has been awarded to researchers investigating the prevention and control of healthcare-associated infections, Health Secretary Shona Robison announced today (Tuesday 24 March).

The Scottish Government funding has been provided to a consortium of researchers led by the University of Glasgow, working with other Scottish Universities, to establish a new Scottish Healthcare Associated Infection Prevention Institute (SHAIPI). 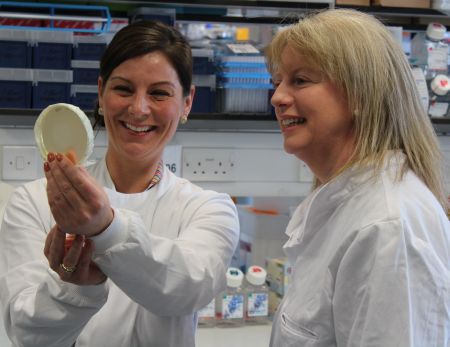 This is the largest single investment into research into healthcare-associated infections in Scotland ever.

With cases of C.Diff and MRSA falling in 2014 to among their lowest levels on record, Health Secretary Shona Robison said the investment was about taking the “next step” to reduce infections even further.

The Institute will be tasked with:

Ms Robison said: “We are committed in our drive to tackling and reducing the spread of healthcare-associated infections. In recent years, we have made significant progress in making our hospitals safer – with cases of C.Diff and MRSA falling in 2014 to among their lowest levels on record.

“This significant investment towards research in this area will allow us to take the next step in our fight to bring down infection levels even further. This is one of the single biggest research grants awarded in recent years that aims to investigate ways to further reduce healthcare-associated infections.

“This is truly a national effort, bringing together expertise from a number of Scottish universities and Scotland’s NHS with a clear focus towards making our hospitals safer for all those patients who use it.”

Over the next five years, from April 2015,the Scottish Healthcare Associated Infection Prevention Institute will establish a virtual hub in which 19 co-investigators from the universities of Dundee, Edinburgh, Glasgow, Glasgow Caledonian, St Andrews and Strathclyde will work together with a range of health boards and strategic partners to look at new ways of dealing with the challenge of antimicrobial resistance and emerging HAIs.

The consortium of researchers will be led by Professor Alistair Leanord, Director of the Scottish Infection Research Network, at the University of Glasgow. 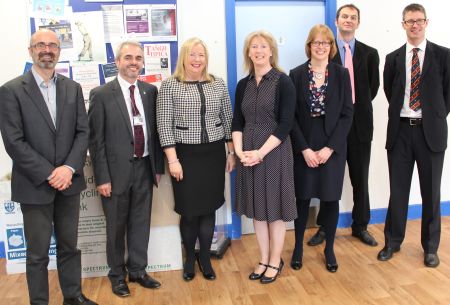 Professor Leanord said: “The formation of the Scottish HAI Prevention Institute (SHAIPI) is a direct result of the Scottish Government delivering one of the largest single investments into healthcare associated infection research in the UK.

“This new Institute will allow researchers from a number of universities throughout Scotland to work together, alongside the NHS, to develop and use state of the art methods to identify, prevent and treat patients affected by healthcare associated infections.

“Finding new ways of caring for and treating patients is at the centre of this research. We are going to develop ways of using data more effectively, allowing us to identify high risk patients requiring intensive management, improve our understanding of the bugs by using new genome technology, and use this information to design new treatments, ways of working and how best to use antibiotics to treat and prevent the spread of healthcare associated infection within the NHS.”

The Scottish Infection Research Network (SIRN) was formed and funded by the Scottish Government in 2007 to facilitate, promote and deliver bench-to-bedside research to significantly contribute to the prevention and control of healthcare associated infections (HAIs).