Broadcaster Neil Oliver honoured by the University of Glasgow

The archaeologist, broadcaster, journalist and writer, Neil Oliver, is to be given an honorary degree by the University of Glasgow at a ceremony at its Dumfries campus.

Dr Oliver attended Dumfries Academy and studied Archaeology at the University of Glasgow. He will become a Doctor of Letters (DLitt) on Tuesday, July 7, in recognition of his contributions to broadcasting and public engagement. 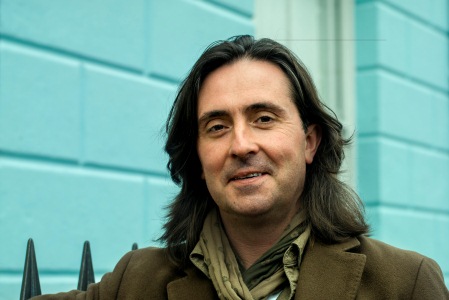 In 2002, he joined his friend, Dr Tony Pollard, also of the University of Glasgow, in presenting “Two men in a Trench” on BBC 2 – and the rest is television history. He went on to present a number of programmes, including “The Face of Britain” on Channel 4; “Scotland’s History: the Top Ten” on BBC 2; “A History of Scotland on BBC 1; and “A History of Celtic Britain”, “Vikings” and “Sacred Wonders of Britain” on BBC 2. He has also written nine books over the past 12 years.

Dr Oliver has also broadened his scope of subject matter, most notably through his role as lead presenter of the series “Coast”, which has now led to “Coast: Australia”.

Dr Carol Hill, Head of the School of Interdisciplinary Studies on Dumfries campus, said: “It is particularly fitting that Dr Oliver should receive an honorary degree at the University’s Dumfries campus as he has strong links with the area and the research and teaching interests of a number of staff in the School of Interdisciplinary Studies and its Solway Centre for Environment and Culture are very close to Dr Oliver’s.”