“It’s not healthy and it’s decidedly not masculine”

‌Public health researchers at the University of Glasgow have carried out the first detailed studies of how newspaper articles represent eating disorders in men.

A potential reason for under-diagnosis in men is that eating disorders are perceived as ‘female illnesses’, meaning male sufferers themselves, and others, including health professionals, are slow to recognise their patterns of behaviours as an eating disorder.

The University of Glasgow research team, whose work was funded by the UK Medical Research Council, hypothesised that one factor contributing to the idea that eating disorders are ‘female illnesses’ could be the mass media, including newspapers, since they are an important source of health information. 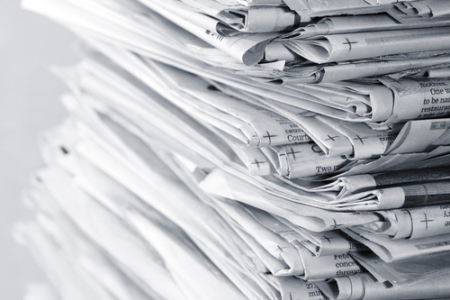 Using a systematic approach, the team identified and analysed 138 articles which appeared across a range of UK newspapers between December 2002 and December 2012. The number of articles on eating disorders in men peaked in 2008 when former Deputy Prime Minister, John Prescott, then aged 70, reported having suffered from bulimia nervosa in middle age.

The researchers found that although articles ostensibly sought to dispel stereotypes that eating disorders were mainly a teenage girls’ illness, they nevertheless conveyed a mixed message – that men were, and should be, ashamed to admit they had a (young) woman’s illness.

As a consequence, men might feel shame and delay seeking treatment for their illness, they warned.

In an article published by BMJ Open, “’It’s not healthy and it’s decidedly not masculine’: a media analysis of UK newspaper representations of eating disorders in males”, the team argues that key messages in articles were often “riven with ambiguity”.

The research paper warns that newspaper articles have tended to frame a cultural paradigm in which “there is an expectation that men may feel discomfort, even shame, about having an eating disorder and so may strive to conceal it”.

Dr Sweeting added: “This might cause men with eating disorders to delay seeking help, meaning less chance of a good treatment outcome, even when they do recognise their symptoms.”
Among the newspaper quotes highlighted by the researchers were:

In a separate paper, published in the International Journal of Men’s Health, entitled “Prevalence of Eating Disorders in Males: A Review of Rates Reported in Academic Research and UK Mass Media”, the researchers highlight the often conflicting statistics available on eating disorders. For example, the current (June 2015) Wikipedia entry suggests eating disorders affect “an estimated 5–10 million” UK females and “an estimated 1 million UK males” (this is about 17%-33% of the UK female population, and 3% of the male population). Academic research suggests an overall adult lifetime rate of around 3-4%.

The research team traced how newspapers presented eating disorder statistics over time and found that by 2011 they were much more consistent, often drawing on the Beat website http://www.b-eat.co.uk/about-eating-disorders.
The findings had a number of implications, said the team, including: the need for researchers and clinicians to collaborate with producers of health information in the media to maximise public understandings based on available evidence; and that focusing on the most highly visible health and charity websites may be the most efficient way to do this.