Parasitic infections like malaria and sleeping sickness affect hundreds of millions of people, primarily in the poorest regions of the world.

Diagnosis of these diseases is often difficult because the concentration of parasites in the blood can be very low and hard to measure.

British scientists have now developed a simple chip-based method for enriching rare cells in blood samples, as reported in the journal Angewandte Chemie. 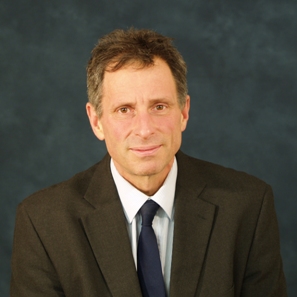 This allows the detection limit for the parasites that cause malaria and sleeping sickness to be lowered by two to three orders of magnitude.

Existing techniques for the separation and enrichment of parasites in blood samples are difficult to use in isolated regions and developing countries because they usually require complex chemistry for labeling cells, costly instruments, or extensive infrastructure.

The new inexpensive technique developed by researchers headed by Professor Jonathan Cooper at the University of Glasgow requires only small amounts of power, works without labeling the cells, and uses just a drop of blood from a fingertip.

Their innovative method is based on an acoustically-controlled microchip that is used in a battery-driven, hand-held device. The researchers successfully used their technique to enrich malaria-infected blood cells and the parasite that causes sleeping sickness in blood samples.

Professor Cooper said: “This method of enriching rare cells in blood samples makes it so much easier and quicker to detect parasites and can easily be applied in the areas that need it most.”

The chip contains a special electrode that produces ultrasound when a voltage is applied. If a drop of liquid is placed in a specific location on the device, the form of the acoustic field elicits a particular pattern of flow within the drop: a circular rotational motion.

Particles whose density is lower than that of the liquid are carried against gravity with the upward rising current and transported toward the outer edge of the drop, where they accumulate. In contrast, particles with a higher density collect in the center of the droplet, because they cannot be lifted up.

This works for cells too. Red blood cells infected with the malaria parasite are less dense than non-infected cells. If the density of the drop of blood being examined is adjusted by simply adding a small amount of reagent, the acoustic chip allows the infected red blood cells to be concentrated by a factor of one hundred to one thousand at the outer edge of the blood drop.

The non-infected red blood cells remain at the center of the drop. The method is also suitable for concentrating free-swimming parasites in blood. The researchers were able to enrich trypanosomes, the pathogens that cause sleeping sickness, by using their acoustic chip. Simple staining techniques then make it possible to detect the parasites.

In future, the technique may be adapted to allow other infectious diseases and rare circulating tumor cells to be detected more readily use of this new technology.

The team comprised Dr Yannyk Bourquin, Dr Abeer Syed and Dr Julien Reboud of the Division of Bioengineering and Dr Lisa Ranford-Cartwright and Professor Michael Barrett of the Institute of Infection, Immunity and Inflammation.

The research was funded by the Bill and Melinda Gates Foundation, Research Councils UK and the Wellcome Trust.