Café Scientifique, an initiative to foster greater public understanding of science, has celebrated 10 years in Glasgow.

The Café brings scientists and the public together in an informal setting to discuss science and its impact on society at monthly events held at the Tron Theatre.

For the 10th anniversary, a special event was held in The Lighthouse in Mitchell Lane on Monday 3 March attended by around 100 people. 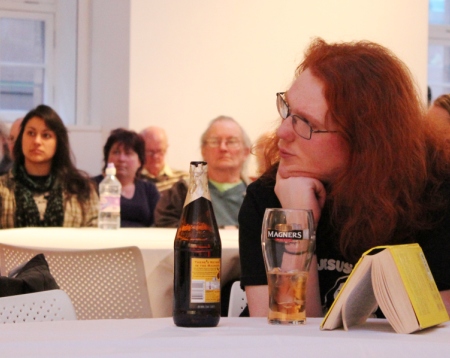 The event featured three speakers, rather than the usual one, who looked at what the next 10 years might hold for advances in the fields of astronomy, medicine and biofuels.

Professor Mandy MacLean of the University of Glasgow who organises Café Scientifique with Professor Martin Hendry and Dr Kevin O'Dell, said: “Café Scientifique is about helping people gain a better understanding of science and technology and its potential impact on their lives.

“It’s also about giving people the opportunity to ask questions they might not normally be able to ask and to look beyond the headlines of the latest science and technology stories.‌ 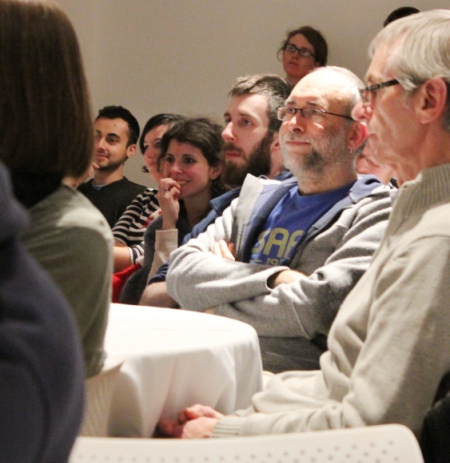 “Public interest in the Café has never waned and has gone from strength to strength over the last 10 years. I’ve even noticed a few younger faces from our events appearing in my biology lectures.

“We always feature a wide range of engaging speakers who are happy to answer queries from the audience and at Café Scientifique there is no such thing as a silly question. In fact, it’s usually the youngsters in the audience who completely broadside the most senior scientists with their questions.

“For example a very eminent physicist was asked by a nine-year-old: ‘How to photons move?’. There was a look of sheer panic on the scientist’s face followed by ‘I have never been asked that before!’.

“We have a strict ‘no power-point’ policy for our speakers and a 20-minute restriction which is key to them explaining things in layman’s terms. The important part of each evening is the discussion between the scientist and public that can continue for an hour or so.” 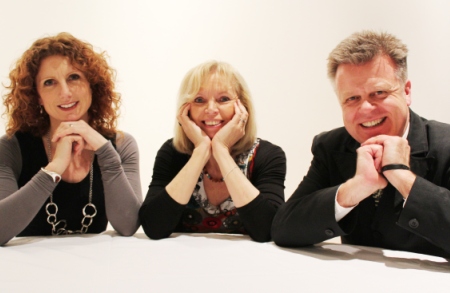 John Cassidy, a final year MSc Pharmacology student at Glasgow who attended the anniversary event, said: “I really enjoyed the evening. I’ve been to quite a few science outreach initiatives over the years and in my mind Café Scientifique is up there with the best.

“I really like the ‘no Powerpoint’ rule as it really forces scientists to explain complex ideas in easily digestible sound bites, without relying on pictures or diagrams.

“Increasing the scientific literacy of the public is incredibly important, particularly as science becomes more complicated.”

Free and open to all Café Scientifique is held on the first Monday of every month at 7pm in the Tron Theatre bar.

First held in Leeds in 1998 Cafés Scientifique are forums where ordinary people can explore and discuss the latest scientific and technology issues of the day with experts who are happy to answer questions – however basic.

The concept has quickly spread throughout the UK with events held in cafes, bars and other informal venues almost every week.

For more information about the 10th anniversary Café Scientifique event, the speakers and the subjects of their presentations, visit: tinyurl.com/cafesciglasgow