Glasgow alumnus is named Executive of the Year by Seattle-based business journal.

John McAdam, one of the University of Glasgow’s earliest graduates in computing science, has won one of the most illustrious business titles in Seattle, recognized as the US centre of technology since the 1980s.

The 62-year-old former student from Wishaw, now president and chief executive officer of the tech company F5 Networks, was last month awarded the title of 2013 Executive of the Year by the Puget Sound Business Journal. 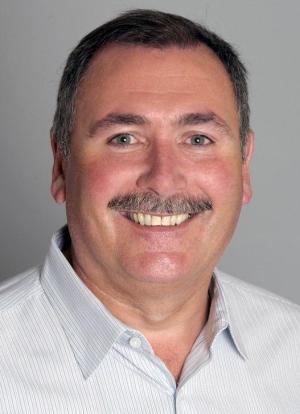 Mr McAdam took over F5 Networks in 2000, just before the bottom fell out of the dotcom market. But he has diversified the company and grown it from a staff of 300 to 3,500 in the intervening years.

His company makes software and hardware that manage internet traffic in and out of data-centres and protect that traffic from cyber attacks. Its customers include major telecom companies, Facebook, airline reservations and Allrecipes.

It is all a far cry from when he graduated with a 1st class Honours degree in computer science from the University of Glasgow in 1972 when the technology was still in its infancy and he worked with an English Electric KDF9 computer which filled a whole room and was less powerful than an iPhone is today. The University acquired its first computer in 1957, under the late Professor Dennis Gillies, and the department of computing science came into being in 1969, the year John McAdam began his computer studies with a scholarship from one of the early computer technology companies in Scotland, Honeywell.

“Computing was as exciting then as it is now,” said Mr McAdam, who has lost neither his West of Scotland accent nor his enthusiasm for technology.