Professor named amongst most influential biomedical researchers in world

A University of Glasgow professor has been named as one of the most influential biomedical researchers in the world.

Professor John McMurray, of the Institute of Cardiovascular and Medical Sciences, is included in a list of 400 highly-influential scientists based on citations by other academics.

The list, published in the European Journal of Clinical Investigations, was compiled by researchers in the US who are using it in a survey to ascertain what features of scientific papers define ‘major impact’. 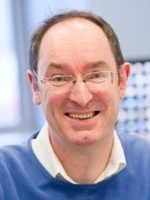 They also suggest the information could help identify suitable scientists for leadership, advisory and reviewer positions.

He has published 585 papers between 1996-2011which have been cited 30,200, meaning Prof McMurray’s work has greatly influenced other academics in the field who regularly make reference to his research.

In the paper, the authors state: “We wanted to identify a pool of researchers who have had sustained success in highly influential work and who would thus presumably have substantial insight into differing features that could be associated with high impact. This list is being used in an ongoing survey where highly cited researchers are asked about the features of their most-cited articles”.

Professor Rhian Touyz, Director of the Institute of Cardiovascular and Medical Sciences, said: “Professor McMurray is an outstanding scientist whose research is world-leading and highly-impactful. His contributions have had major impact at the clinical level, especially with respect to heart failure, coronary heart disease, atrial fibrillation and the cardiovascular consequences of diabetes and chronic kidney disease.

“Within the Institute of Cardiovascular and Medical Sciences we are very well aware of Professor McMurray’s superb contributions to cardiovascular research so we are delighted to see this recognised by the authors of this paper.”