Scientists have discovered how a tick which transmits devastating diseases to cattle has developed resistance to one of the main pesticides used to kill it.

Approximately 80% of cattle around the world, mostly in the tropics and sub-tropics, are exposed to the cattle tick – Rhipicephalis microplus – which can cause anaemia, reduced rate of growth and death, resulting in a major economic impact on farmers.

Prevention of disease is through frequent treatment of cattle with acarides –pesticides for ticks and mites – mainly amitraz, ivermectins and pyrethroids, but ticks have become increasingly resistant to these treatments. 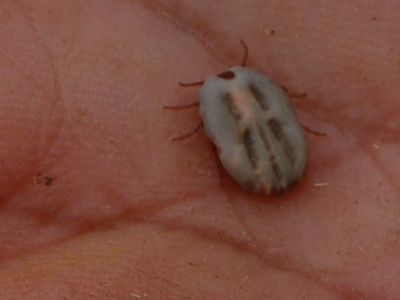 The global cost of the tick-borne diseases and associated acaricide application is estimated to be more than £4 billion annually.

Now scientists at the University of Glasgow have identified the genetic basis for at least one form of resistance to amitraz which will allow a genetic test for resistance to be developed.

Professor Nicholas Jonsson, of the Institute of Biodiversity, Animal Health and Comparative Medicine, said: “Resistance to all the main acaricides is well documented – for example amitraz resistance is seen in about 20% of Australian tick populations and more than 50% of Mexican ticks. 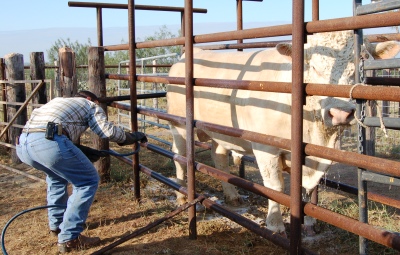 “When resistance is found, farmers generally increase the frequency of acaricide treatment, resulting in increased cost and sometimes undesirable effects on the environment.

“The most common response to the diagnosis of acaricide resistance on a farm is to change acaricide classes, but one of the problems faced by farmers is getting a reliable diagnostic test for resistance.

“Although a genetic test for resistance is not likely to be perfect, the existing bioassays are technically challenging, expensive and require six weeks to complete.”

This research paves the way for a new genetic test for resistance that will help farmers to make management decisions for the control of ticks as well as enable empirical studies on field and laboratory populations of ticks to test the effectiveness of resistance management strategies. 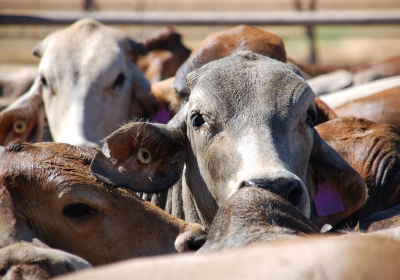 The study was conducted on cattle at the University of Queensland’s Pinjarra Hills Campus, in Australia where the impact of ticks and treatments to control them costs £120 million per annum.

Prof Jonsson added: “There are many theories as to how acaricide resistance can be delayed or accelerated in practice.

“It has been suggested that rotating between acaricide classes, using mixtures of acaricides, preserving refugia of untreated populations, and using tick-resistant cattle might all delay the development of resistance.

“However, without empirical studies to test the value of the management strategies, it is really impossible to provide evidence-based recommendations to farmers.”

The research, published in the journal Proceedings of the National Academy of Sciences (PNAS), is the culmination of 10 years’ of research.

Notes to Editors
The full research paper can be found here.