Honorary Degrees to be awarded to Commonwealth Games heads

HRH Prince Tunku Imran and General Kamalesh Sharma will be presented with their honorary degrees in a ceremony at the University’s annual Commemoration Day on 18 June 2014. 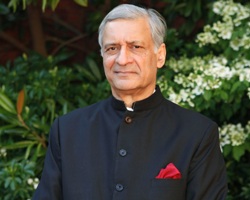 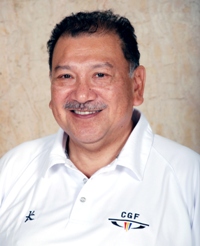 Professor Anton Muscatelli, Principal and Vice-Chancellor of the University of Glasgow, said: “Next year’s Commonwealth Games promise to be a landmark occasion for Scotland and I am pleased to be able to announce that we will be awarding honorary degrees to two figures who have both played an important role in bringing the Commonwealth Games to Glasgow.”

HRH Prince Tunku Imran, President of the Commonwealth Games Federation, said: “I will be delighted and honoured to accept this honorary degree from the University of Glasgow. It is wonderful recognition from one of Glasgow’s foremost cultural institutions as the city continues to prepare for next year’s Commonwealth Games.”

Commonwealth Secretary-General, Kamalesh Sharma said: “The University of Glasgow is among the great universities of the world and does me a great honour in awarding me an honorary degree. The City of Glasgow and the people of Scotland are currently preparing to host the 2014 Commonwealth Games, and since this award comes during my tenure as Commonwealth Secretary-General I am delighted that we shall now share an enduring and personal link through this academic honour.

My pleasure in accepting the degree is deepened by an awareness of the close and historic links that exist between Glasgow and the City of Belfast, across the water, where I have the honour to serve as Chancellor of Queen’s University.

I look forward to returning to Glasgow both for the conferring of the degree, and for that great spectacle of sporting prowess and global friendship: the Commonwealth Games.”

For more information please contact the University of Glasgow’s Media Relations Office at media@glasgow.ac.uk or 01413303535.