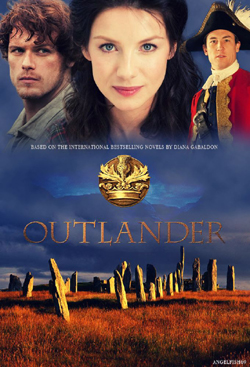 What is it about the University of Glasgow and time travel?

Time traveller Dr Who is (apparently) among our most illustrious alumni. But who should turn up last week but the cast and crew of the US/British time-travel TV hit Outlander.

Amid much hush-hush mystery, the production team spent a couple of days filming for the next series of the show, a hit around the world, which sees a Second World War era nurse travelling back in time to 1745...just in time for the Jacobite rebellion.

Sadly Campus e-News cannot report much about the plot, the scenes shot at Gilmorehill or the reason why a very large 'cherry-picker' crane was needed to suspend a lighting rig outside the main Gilbert Scott building on the South Front!

However, news of the arrivale of the Outlander team in Glasgow caused quite a stir on social media. When the UofG social media team Dan Marrable and Tasha Quinn posted the news on Twitter and Facebook, they were rewarded with more than 5000 reactions, comments and shares on Facebook, and reached an audience of well over 174,000 people. There were nearly 39,000 impressions on Twitter with 4,570 people joining the UofG conversation. 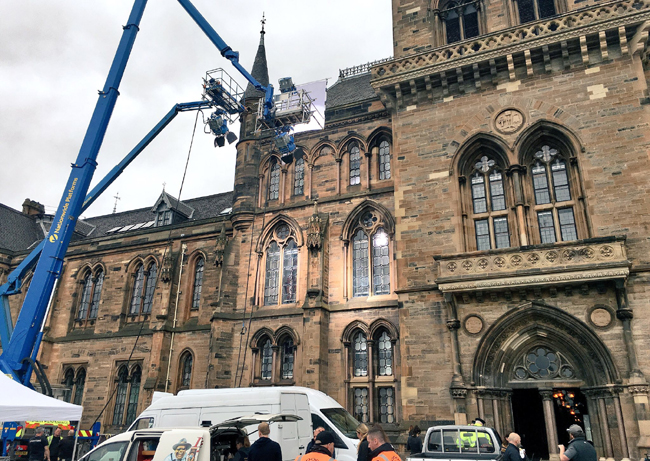 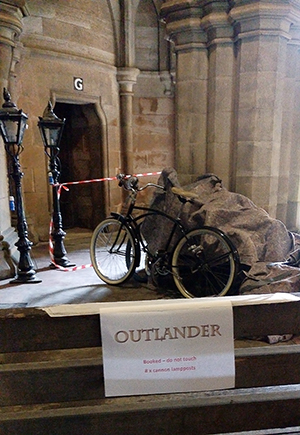