Congratulations @lauramuiruns on winning @scotathletics Athlete of the Year 2016!
Another superb accolade for a UofG superstar!

Laura Muir is Scotland's athlete of the year, making it back-to-back awards for the British 1500m record holder.

The 23-year-old University of Glasgow student won the Diamond League title and finished seventh in the Olympic final.

She broke the 12-year-old UK record set by Dame Kelly Holmes in July, then broke it again by more than two seconds in August.

Muir, a veterinary medicine student, is just the third British woman to win a Diamond League title. She said she was "thrilled and delighted" to have been given the award.

The awards are organised by Scottish Athletics. 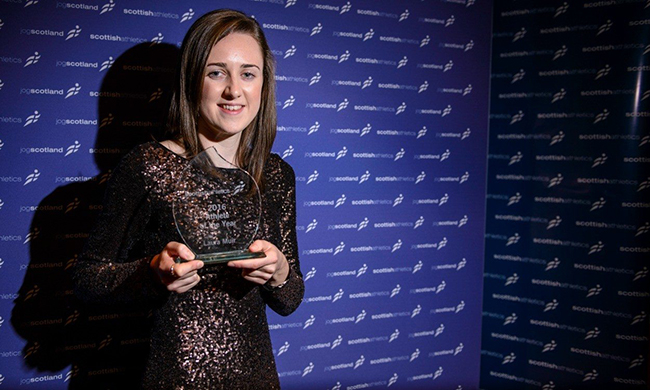