The University this morning remembered the four, young members of the University community who died 100 years ago today during the Battle of Jutland.

A short act of remembrance was held in the Memorial Chapel, during which short biographies of those who died were read by Naval cadets and a member of staff. The four who died during the naval engagements of Jutland were:

This morning's commemoration also marked the death of another member of the University community who died on the Western Front on 30 May 1916: 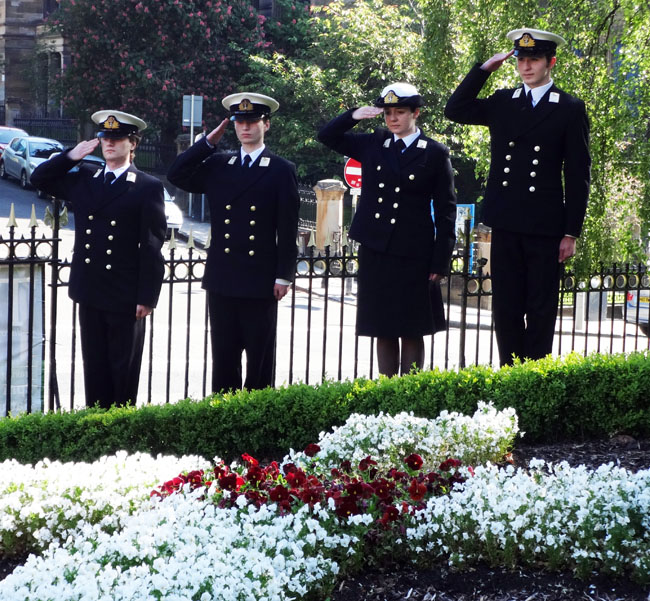 On the anniversary of Jutland, University of Glasgow historian, Dr Jennifer Novotny, looks at the vital role the Clyde and the West Coast of Scotland armaments industries played in the conflict.‌

The Battle of Jutland was and still is the bloodiest day in the history of the Royal Navy. 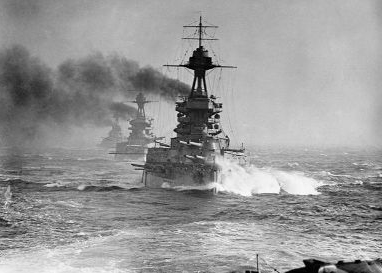 During the battle, 151 British warships, many the most modern in Britain’s Grand Fleet, confronted 99 German ships. It was much anticipated by the British public, who expected a second Trafalgar, but it didn't work out that way.

Dr Novotny, has been looking at the events of the Battle of Jutland, and in particular the role industries from the West of Scotland played.

‌Dr Novotny said: “The University of Glasgow and Glasgow itself played an important role in the Battle of Jutland, especially the expertise of the Clydeside shipbuilding industry. 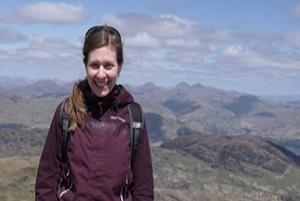 “At the University the professor of naval architecture Sir John Harvard Biles, who had been designing shallow draft boats for operations in the Mediterranean at the time of the First World War, also sat on the design committee which designed the Dreadnought, the class of warship which was so important in the Battle of Jutland.

“The Clyde was producing ships and armaments and naval guns. Scott’s Shipbuilding and Engineering of Greenock built the HMS Colossus, which was the flagship of Rear-Admiral Ernest Gaunt; Barr and Stroud, which were based in Anniesland, were producing rangefinders and optical instruments.

Dr Novotny adds: “The Royal Navy lost over 6,000 individuals, the Germans lost about 2,500 and also lost fewer ships, so when you compare that in the ledger it doesn’t seem to be much of a victory for the Royal Navy, but what actually happens in the long run is that the German high seas fleet realised it couldn’t afford to meet in another naval engagement and risk further losses, so they end up staying limited to the Baltic.”

Despite the Royal Navy losing more ships and men, the Battle of Jutland left Britain in control of the North Sea as the German fleet made no further attempts to break the allied blockade or to engage the British fleet for the rest of the war. The German naval effort after 1916 was left to U-boats.

Commemorations are being held across Europe to mark the centenary of the Battle of Jutland.