The University of Glasgow has been ranked the top university and overall runner-up in the prestigious national BBSRC (Biotechnology and Biological Sciences Research Council) Excellence with Impact competition.

The award was given to the University’s College of Medical, Veterinary & Life Sciences (MVLS) at the BBSRC’s Fostering Innovation event in London recognising bioscience impact and innovation in the UK.

The Excellence with Impact competition, which was launched in 2012, measured institution’s success in developing and successfully delivering a vision for maximising impact from research, including institution-wide culture change. 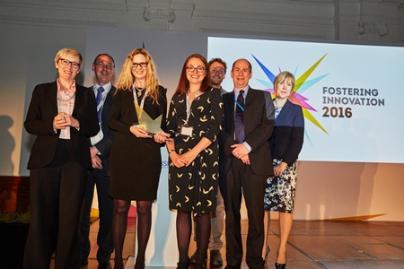 MVLS competed against 30 institutions for the award.

Professor Anna Dominiczak, Vice-Principal and Head of College of MVLS, said: "I am delighted that the College has been deservedly recognised as highest ranking University in the BBSRC Excellence with Impact Competition.

"We have in excess of 2000 staff and 5000 students and participating as a college has been truly transformational.

"At some point, it stopped being a competition and started being a way of life. It's been a pleasure to watch colleagues from early career researchers to more senior colleagues who have taken an enormous interest and changed the way they approach impact.

“The competition has helped us influence staff and students and I have witnessed participation across the College that has made impact part of everyday discussion. What has happened has been beyond my expectations."

Professor Anton Muscatelli, Principal and Vice-Chancellor of the University, added: "I would like to congratulate the College of Medical, Veterinary and Life Sciences on being the highest ranking University in the BBSRC Excellence with Impact Competition. The accolade of runner up is hugely deserved and is a great example of the way in which impact can be used and profiled."

Dr Carol Clugston, MVLS Chief Operating Officer and Excellence with Impact Lead, said: "This has been an ambitious three-year journey with the aim of changing our culture, and this national recognition by the BBSRC reflects the combined efforts of the College’s academic and professional support communities, including our early career researchers and research students, and the huge support and engagement from the wider University, our industry partners, overseas collaborators, Glasgow City of Science and the Glasgow Science Centre."

In addition, Professor Graeme Milligan, Dean of Research, and Douglas Morrison, Senior Lecturer at SUERC (Scottish Universities Environmental Research Centre) were also up for the award of ‘Innovator of the Year’. 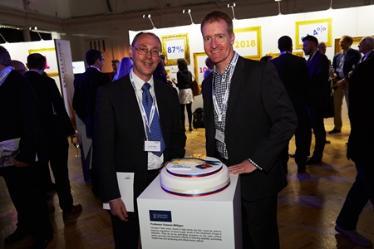