UofG wins at THE leadership awards 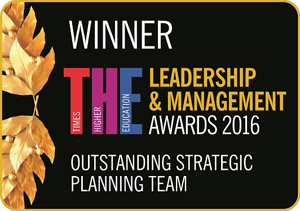 The University of Glasgow has won the 'Outstanding Strategic Planning Team' category at the Times Higher Education Leadership and Management Awards 2016. The awards, now in their eighth year, recognise outstanding leadership and management in the UK’s higher education institutions.

The Inspiring People - Changing the World strategy, launched last autumn, aims to “empower people at every level of the university to drive our success”.

More than 1,000 staff participated in around 100 hours of consultation events. The resulting strategy and a series of big changes to how the university operates, are designed to give staff more freedom.

Unit heads now have more say in the strategic priorities of the university, while it has developed a new range of targets for 2020, including an undergraduate satisfaction rate of 91 per cent, an international student population of 5,000, and the fifth highest research income in the Russell Group.

The judges commented that Glasgow’s strategy involved “far-reaching consultation and engagement across the whole university”, which led to an inspiring plan that could create change.

“This resulted in new financial and planning frameworks which devolved and empowered local leadership to improve the agility of decision-making,” the judges said.

They were particularly impressed by how well staff participated and the “profound impact the process has had on almost all aspects of the university’s processes”.

Winners attended a black-tie event at the Grosvenor House Hotel, London, hosted by actor and comedian Jimmy Carr, where over 1,000 guests gathered to celebrate outstanding performance in the competitive world of UK higher education.

The winners were chosen by a panel of judges including Alison Johns, chief executive of the Leadership Foundation for Higher Education, David McBeth, director of research and knowledge exchange services at the University of Strathclyde, and Maja Maricevic, head of higher education at the British Library. 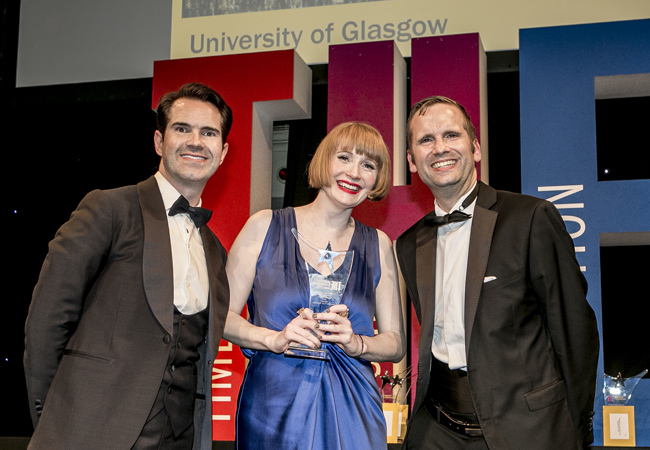