At this year’s Commemoration Day the Principal noted that work began on the University’s “New College Building” exactly 150 years ago this month. Moira Rankin, Senior Archivist and Head of Archive Services, looks back to that earlier, world changing campus.

It was at noon on Saturday 2 June 1866 that Professor Allen Thomson cut the first piece of turf. He dug the spade into the brow of the hill to the south of the mansion of the Bogle Family which had been constructed in 1802 and named Gilmorehill House. Gilmorehill House was later demolished on completion of the Gilbert Scott building.  A few days later the Glasgow Herald reported that, “A select company assembled on the ground, several ladies gracing the ceremony with their presence.”

The Dundee Courier & Argus also reported the news saying that 'Contracts for the work have been entered into with responsible and enterprising persons, and it is to be pushed forward with all speed.'  It took another four years to build what we now know as the Gilbert Scott Building – named after the visionary architect who created such an iconic place to work and study. 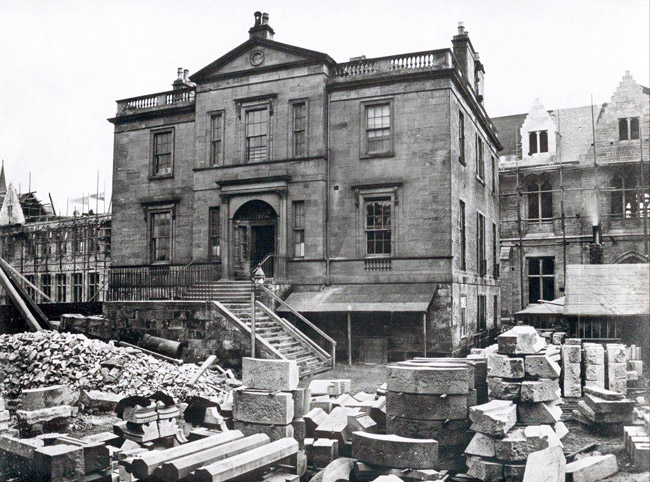