‌Taking it out on somebody because you don't like them, or because they won't do what you want, is victimisation. It's a form of harassment and the University and SRC have joined forces to put a FullStop to bullying and harassment on Campus.

‌The FullStop campaign is aimed at highlighting the University's Dignity at Work and Study Policy which has been in operation for several years.

Staff and student surveys have revealed that there's limited awareness of the policy.

The University's new strategy Inspiring People - Changing the World  has underlined the importance of Dignity at Work and Study.

We've already had some encouraging feedback, including praise from the Glasgow Kelvin constituency MSP, Sanda White, who called it a 'good and clever' initiative.

Our Dignity at Work and Study policy is simple:

The University of Glasgow is committed to fostering a working, learning and research environment where mutual respect and dignity is experienced by and between employees and students. The University aims to promote a culture where differences are welcomed, harassment and bullying are known to be unacceptable and where allegations are dealt with in fair and timely fashion, and without fear of victimisation.

FullStop will highlight the sorts of behaviour that can constitute harassment and bullying.  And if you've got your own stories, please share them with us: 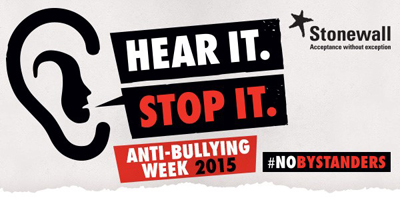 You can also speak in absolute confidence to one of the University's network of trained volunteers who are here to help. The Volunteer Harassment Network supports staff and students who think they may be experiencing bullying or harassment.

FullStop has its own webpages with lots more information and week-by-week you'll find downloads there of the campaign posters: glasgow.ac.uk/fullstop .The University's social media team will also be spreading the word on Twitter and Facebook #UofGFullStop

In a similar move, Stonewall will next week launch an anti-bullying campaign #nobystanders. 16 - 20 November.

Take a look at the NoBystanders video.