The former First Minister Alex Salmond MSP will deliver a keynote lecture at the Bute Hall on Tuesday 21 April. 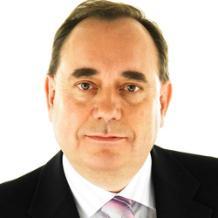 Mr Salmond was twice leader of the SNP over a twenty year period, with a four year break, before standing down after last September’s Independence Referendum. He is now seeking election to Westminster at the forthcoming General Election.

Tickets for this event have now all been taken.

The lecture is one of several public events taking place on campus featuring all-party political discussion, analysis and comment in the run up to the General Election.