Eclipse gets a cheer

Friday's solar eclipse got a loud cheer on the Gilmorehill campus and drew staff and students from their offices on the other Scottish campuses.

For the first half hour of the eclipse, the event looked like being greatly obscured by heavy cloud; but as it reached its furthest extent for the scores of viewers on the South Front, the clouds parted a little permitting an almost clear view, captured by the photographers of the University's Photographic Unit. 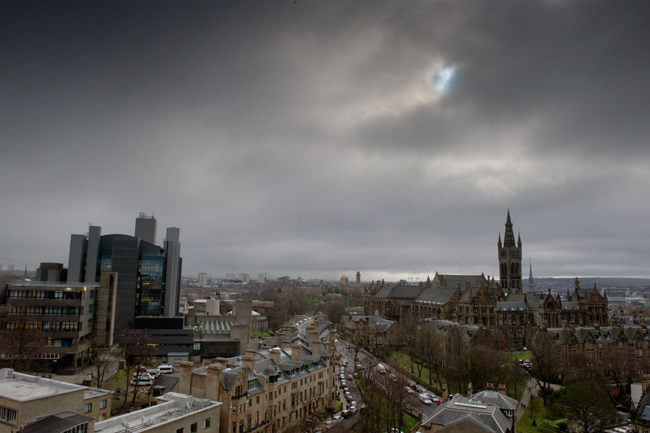 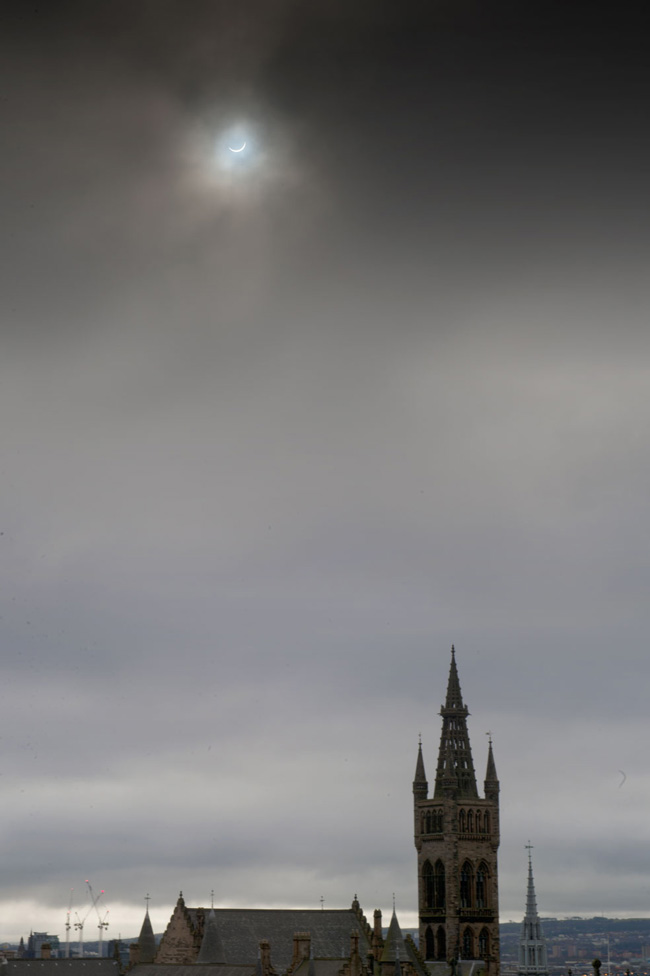 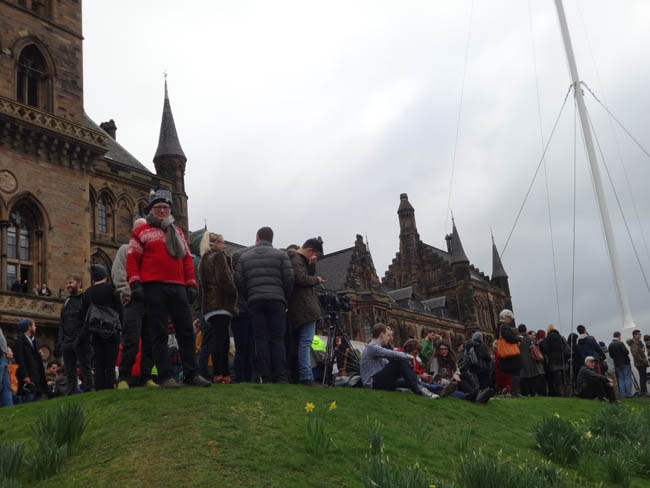 There was a loud cheer at about 9.30am when the clouds parted sufficiently for the extent of the eclipse to become clear to watchers on the South Front and on other parts of the campus at Gilmorehill, at Garscube and in Dumfries. University academic staff were at the forefront of the media coverage, with lecturers from the School of Physics and Astronomy providing expert comment for BBC radio and TV programmes.