At its meeting held on 24 February Court approved a Campus Estates Strategy involving investment of £775M in the Estate over the next ten years. This is to be made up of: 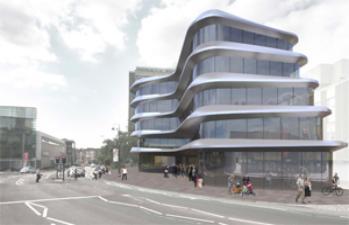 Ann Allen, Director of Estates and Buildings told E-News: "The decision of Court is a major milestone for the University of Glasgow and confirms our commitment to developments which will ensure we are fully fit for purpose for students, staff and research colleagues.

"Over the next decade we will see the development of significant new additions to our facilities, both at the Western site but also elsewhere on campus – starting with a Learning and Teaching Hub that will be built next to the Boyd Orr Building.

"There are also some existing buildings which are extremely significant and it was pleasing that Court also recognised the role they play and the need to invest in improving some of the facilities within them," she said.

The developments in the new ten year capital plan are outlined here:

In addition the University will seek external funds to build a Centre for Research into Chronic Diseases and to move the Hunterian displays to Kelvin Hall.

Here is how the additional £450M will be funded: