‌The Scottish Government has confirmed five new appointments to the Council of Economic Advisors, including the Principal and Vice Chancellor of the University of Glasgow, Professor Anton Muscatelli.

The CEA meets bi-annually and has provided advice on issues covering childcare and its importance to the economy, Scotland’s international presence and outlook, entrepreneurship and the importance of education and skills.

The First Minster Nicola Sturgeon said: “The Council’s focus on competitiveness and reducing inequality reflects the fact that these are crucial areas if Scotland is to build on the relative success of recent years and face up to the challenges that lie ahead. To support this focus, I have invited five new members to join the group, which I believe has a provided a strong balance of expertise for achieving both objectives.” 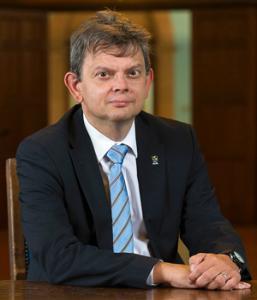 Commenting on his appointment Professor Muscatelli said, “I am delighted to have the opportunity to join the Council of Economic Advisors to the Scottish Government and I am very much looking forward to working with colleagues on the CEA in providing timely and appropriate advice to Ministers.

"As an academic economist I feel very honoured to be able to provide professional advice to the Scottish Government at a time of such rapid economic change.”

The five new members of the CEA appointed directly by the First Minister are:

Professor Anton Muscatelli - Principal and Vice Chancellor of the University of Glasgow, academic economist and former consultant to the World Bank and the European Commission

Professor Sara Carter ‒ Professor of Entrepreneurship and Associate Deputy Principal of the University of Strathclyde, and member of the Scottish Government's Strategic Group on Women and Work

Amanda McMillan – Managing Director at Glasgow Airport and Chief Executive of AGS Airports Limited. A Non-Executive Director of Business Stream, and serves as a member on the Glasgow Chamber of Commerce.