A delegation of eight advisers to the Vietnamese government visited the University of Glasgow last month.

The group is tasked with researching and drafting a Bill on Freedom of Information for the Vietnamese National Assembly.

The visit was organised through established links between the Schools of Law of the Vietnam National University (VNU) and the University of Glasgow.

The delegation was led by Professor Nguyen Minh Thuyet, a former MP and former Deputy Head of the Education Committee of the National Assembly of Vietnam. The remainder of the delegation was made up of MPs and legal scholars.

Presenters to the delegation included Ms Margaret Keyse, Head of Enforcement, Scottish Information Commissioner's Office and Mr Simon Macauley, Head of Data Protection and Freedom of Information Office at the University of Glasgow.

Professor Vu Cong Giao, Dean of Constitutional Law at VNU acted as coordinator and Mr Kien Tran, a University of Glasgow PhD Candidate for Law, was the translator during the visit.

It was also an opportunity for the School of Law to discuss future collaboration projects with the delegation. 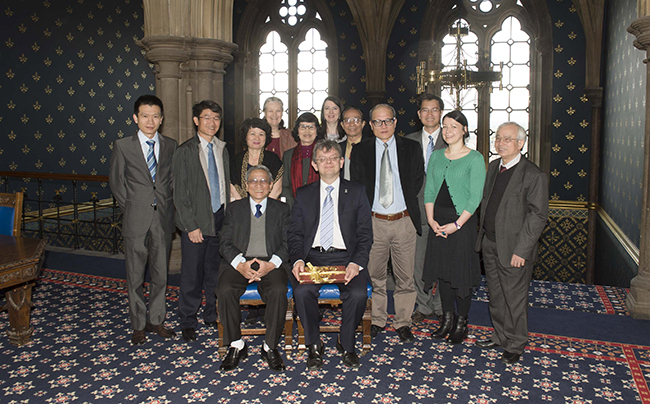