Silver at Heist Awards for University of Glasgow

The University of Glasgow won a silver award at the Heist Awards on 9 July.

The award was presented in the category of Best Student Recruitment Campaign category for the University’s World Changers Welcome campaign.

This success comes less than a month after the same campaign won the highest accolade at the prestigious CASE awards.

This year marked the 25th anniversary of the Heist awards which recognise excellence in marketing in the further and higher education sectors.

The award was presented at ceremony at the Palace Hotel in Manchester. 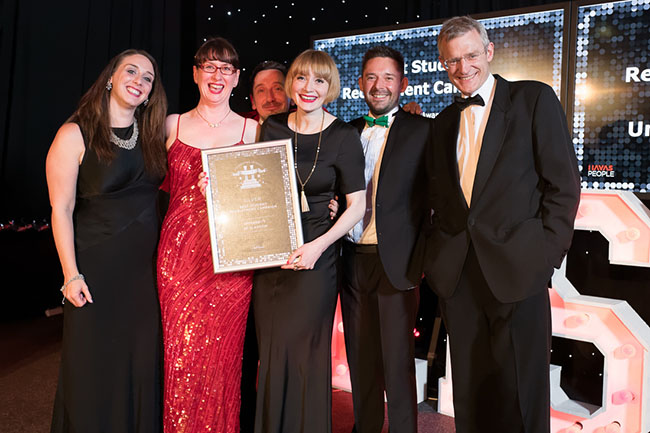