Honoured: WW1 ten who fell in a single day

Ten Great War servicemen from the University community, who died on the same day during the Gallipoli landings, were honoured this morning (Monday 13 July).

This is the largest number of soldiers so far to be commemorated on one day. The men died during allied operations at Gallipoli on June 12 1915. The centenaries of the deaths of large groups like this will become more frequent occurrences throughout the next year as other major campaigns in Europe took their toll on the University community.

Staff, students and serving members of the armed forces gathered this morning in the Memorial Chapel at nine o'clock to pay their respects.  Brief biographies of each of the men were read out and their names were pointed out on the memorial tablets inside the Chapel. After a minute's silence, the people who'd gathered walked down to the Memorial Gates on University Avenue, at the front of the Gilbert Scott building, to plant crosses for them in the memorial garden and observe another minute of silence.

How you can join in:

Between now and 2018 the University will be remembering those from our community who fell in the Great War.

Like most communities across the UK, the University of Glasgow sacrificed a significant proportion of its young men and women in the Great War, with 4,506 serving and 761 losing their lives.

The University’s online Roll of Honour is an extraordinary account of all those who perished in the Great War.

On, or as close to, the centenary of their deaths, we are remembering the men and women who died with a short act of remembrance in the Chapel, which includes a brief account of their life.

After the short remembrance, a cross with a poppy will be placed in the University’s Memorial Garden next to the Quincentenary Ceremonial Gates at University Avenue.

If you haven’t attended one of these short acts of remembrance, you will find them deeply moving.

The services are held at 9am during the summer and at 8.45am during term time and graduation season.

Staff, usually including Chaplaincy and Senate colleagues, gather in the Chapel and oftern there is a representative of the appropriate branch of the armed forces present. Often relatives of those who fell are in attendance.

The aim is to honour and remember every one of the University’s lost.

All are welcome to attend any of these acts of remembrance. 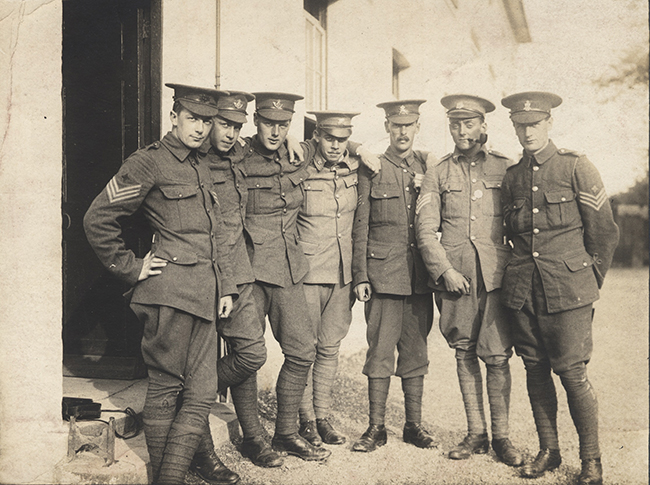