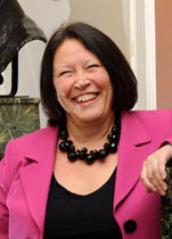 All around the world, International Women's Day (8 March 2015) represents an opportunity to celebrate the achievements of women while calling for greater equality.

Make It Happen is this year's theme, encouraging effective action for advancing and recognising women.

As part of this year's celebrations, the University is pleased to host a keynote talk by Professor Lesley Yellowlees, MBE BSc PhD FRSC FInstP FRSE, Vice Principal, University of Edinburgh.

Currently Head of the College of Science and Engineering at the University of Edinburgh, Professor Yellowlees became the first woman President of the Royal Society of Chemistry in July 2012.

She was awarded an MBE in 2005 for services to science and was admitted as a Fellow of the Royal Society of Edinburgh in 2012. Professor Yellowlees has a long-standing commitment to promoting the contribution of women to academic science and is a champion of gender equality in STEMM.

For more information and to register for the event, please visit the Eventbrite booking page.