‌Isabella Elder, the philanthropist and education pioneer, was honoured during a short ceremony in which a University building was named in her memory.

The ceremony included an official plaque unveiling at the building adjacent to the Bower building at Botany Gate which was formerly occupied by Estates and Buildings.

The opening was attended by senior University of Glasgow staff and members of the Ure Elder Trust.  The Isabella Elder Building will now accommodates Safety and Environmental Protection Services and sections of the Development & Alumni Office.  The Conference & Visitor Services Office is also shortly to be re-located there. 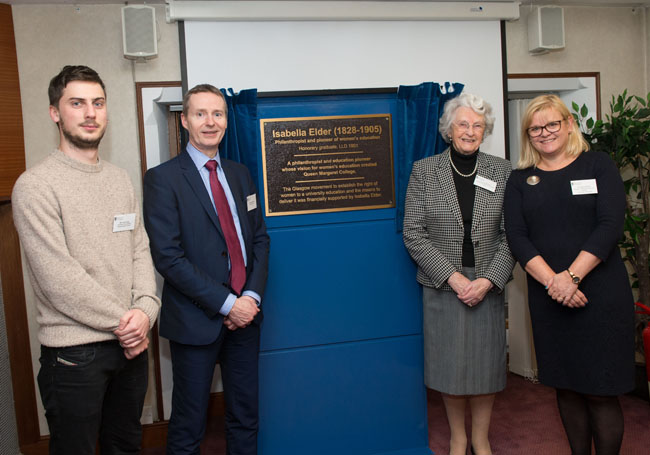 Isabella Elder was also one of the first women to be awarded the honorary degree of LLD in 1901. You can find out more about her life and times on the University's Archive Services pages. 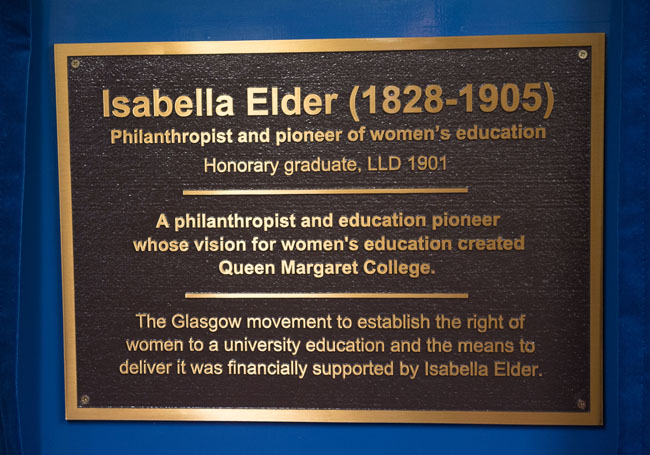