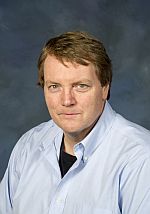 The Public Scholar program, a major new initiative from the National Endowment for the Humanities (NEH), is designed to promote the publication of scholarly, non-fiction books for a general audience, and the first round of grants has just been announced: a total of $1.7 million to 36 writers across a broad collection of disciplines.

Dr Phillips O’Brien of the University of Glasgow has been awarded a Public Scholar Fellowship and is one of only three people outside of the USA to be awarded the grant.

Dr O'Brien said: "It is extremely gratifying to be one of only three Public Scholar award-holders to be based outside of the United States. As these awards have been specifically crafted by the NEH to support the award-holder in producing a high-impact, publication that should have great interest for the general public, it’s a sign of confidence that my research will be read widely."

These are the first awards made under NEH’s new Public Scholar grant program, which was created in December 2014 as part of The Common Good: The Humanities in the Public Square, an agency-wide initiative that seeks to bring humanities into the public square and foster innovative ways to make scholarship relevant to contemporary life.

The Public Scholar Program builds upon NEH’s 50-year tradition of supporting the publication of nonfiction works that have profoundly influenced the way we understand history, politics, literature, and society. The Public Scholar awards support books that use deep research to open up important or appealing subjects for wider audiences by presenting significant humanities topics in a way that is accessible to general readers.

NEH Chairman William Adams said: “NEH Public Scholar books will make important and exciting discoveries in fields such as history, literature, linguistics, and archaeology accessible to readers everywhere, and serve as an example of how humanities scholarship can benefit the common good.”