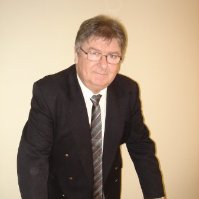 Radio presenter, Bruce Connolly who is an alumnus of the University, was in Glasgow for a holiday with his family last month. While in the city in he met Professor Ian Gow.

Listen to the full interview below (audio files):

In the first part of the interview Professor Gow talks about the aims of the Confucius Institute and the importance of broadeing people's unerstanding of Chinese culture and language.

In this feature he talks of the development of the Institute within Scotland from its early foundations in Edinburgh in 2007. Professor Gow explains the different levels of work including helping with the growth of Chinese studies at both school and university levels. Professor Gow goes on to explain more of the ways that Glasgow University has become increasingly serious about  its involvement with China, not just in teaching but also links with Chinese universities such as Nankai in Tianjin.

In the third part of the interview he starts by talking of the close links between the Institute, the University and the strong China policies and initiatives from the Scottish Government. Professor Gow talks of how with so many Chinese studying in Scotland it is important to encourage them to socialise and mix with non-Chinese students. He explains how some are doing voluntary work, taking on internships and even working in schools as Chinese assistants.

In this final report from the University, Professor Gow talks of the long history of Scotland's connections with China. Professor Gow talks of the future of The Institute at The University and how it can help with developing and improving education and Chinese language amongst Scots. They talk also of the growing Chinese tourism  coming into Scotland and how this is creating employment opportunities.