The Dead Teach the Living 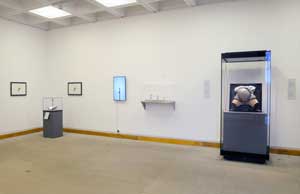 William Hunter to Damien Hirst: The Dead Teach The Living explores moments of mutual synergy between the disciplines of art and science. It includes the first public showing of Damien Hirst’s Necromancer (2007) alongside rarely seen objects from William Hunter’s 18th century collection and new works by Scott Rogers and Catherine Street.

The selected works are all dependant on observation of the body, whether by eye, microscope or the latest technology. Used by Hunter for teaching midwifery in the 1760s, an intricate and life-size cast of the gravid uterus illustrates the complications that can arise during childbirth. The use of obstetrics tools and anatomical specimens within Hirst’s Necromancer reiterates the cast’s demonstrative qualities, bringing them into a contemporary context. 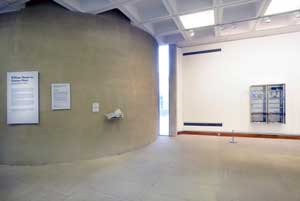 Also featured are historical works by anatomist Andreas Vesalius and neuroscientist Santiago Ramón y Cajal, both known for their pioneering approach to medical illustration. Scott Rogers’ installation, A Call to the Old Ones, uses comparative anatomy to investigate how avian and human vision respond to a device known as a lark mirror, while Catherine Street uses her own physicality to record and explore society’s relationship with the human body.

The MLitt Curatorial Practice (Contemporary Art) has been established jointly between the University of Glasgow and The Glasgow School of Art and realised through access to The Hunterian collections with support from Hunterian staff. The exhibition is presented as part of Glasgow International 2016. 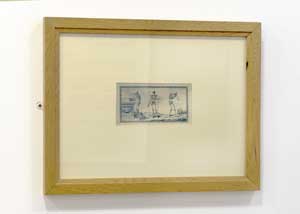 Three Skeletons by a Tomb in a Landscape; One Mourning a Skull Which Lies on the Tomb, the Second Head in Hands Crying, the Third Leaning on a Spade in Sad Reflection, Date unknown
Etching
Andreas Vesalius (b. Brussels, 1514, d.1564) was a Flemish anatomist and physician. His writings and illustrations on the human body are still used for reference today, more than five hundred years after their conception.

Artist Unknown, Commissioned by William Hunter
The Uterus at the End of the Ninth Month of Pregnancy. From Before The Anterior Wall of the Pelvis Removed.
Hunterian Cast No. 4, c.1770
‌Plaster of Paris cast
William Hunter (b.1718 Long Calderwood, d.1783) was a Scottish physician, anatomist and medical writer. Through his teaching and medical practice, he established obstetrics as an accepted branch of medicine. 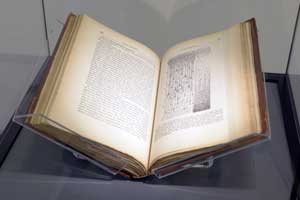 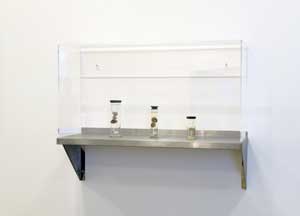 A Call to the Old Ones, 2016
Video, col., silent, 2’21”
Anatomical specimens of starling’s brain, turkey’s eye and eyelid, human eye, publication and risograph inserts
Scott Rogers (b. Calgary, 1981) is a Canadian artist based in Glasgow. He holds an MFA from The Glasgow School of Art and also studied at the Staedelschule in Frankfurt. Rogers' practice navigates the tensions of stasis and decay through sculpture, video, writing, and performance.

‌‌Damien Hirst
Necromancer, 2007
Glass, stainless steel, steel, nickel, brass, resin casts of foetal specimens, surgical equipment
‌Courtesy, Anthony d’Offay, London
Damien Hirst (b. Bristol, 1965) holds a BA in Fine Art from Goldsmiths College. He is most prominently known for his involvement in the YBAs group (Young British Artists), who dominated the British art scene in the 1990s. Hirst won the Turner prize in 1995 for his work Away From the Flock.‌ 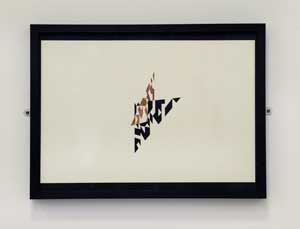 Catherine Street
Pendulum, 2008
Video, col., sound, 1’27”
Geometry of Blood, 2006
Drawings, blood on paper, paint on paper
Catherine Street (b. Harrogate, 1978) is a visual artist based in Edinburgh. Street studied Fine Art at Edinburgh University and Edinburgh College of Art. Her practice focuses on bodily experience, often using her own body as a tool for the sensory examination of the outside world.

Accompanying William Hunter to Damien Hirst: The Dead Teach the Living, this one-day symposium brings together artists, curators and other practitioners to investigate the multiple overlaps and intersections between the disciplines of art and science. Speakers will include writer and critic Brian Dillon, artists Christine Borland and Roger Hiorns, with exhibiting artist Catherine Street, presenting a new performance work. This event is commissioned by MLitt Curatorial Practice, Glasgow School of Art and the University of Glasgow, in association with Glasgow International.

Responding to the idea of the exhibition, artist Christine Borland noted the following:

Christine Borland (CB): It was a piece of sculptural work made for the 1997 Skulptur Projekte Münster, Germany. A series of seven portrait busts were exhibited, in a grassy area, on the site of a former University anatomy dissection room. The title was actually the translation of the latin inscription mortui vivos docent, which I saw painted on the wall of a contemporary dissection laboratory in the medical department in the University of Münster. I subsequently learned that the phrase had been inscribed on the walls of early anatomy theatres, to remind all who witnessed or practiced dissection, to respect the bodies and to aspire to ‘higher thoughts’.

The old anatomy dissection room had been part of the university buildings destroyed during the war. The World War II context quickly became important as a very direct historical reference, but also for the complexity it introduced to the simple sculptural process. It quickly became clear that, throughout the war years, the Anatomy Faculty retained it’s position as one of the most important in Germany by insuring that the majority of the Professors were members of the NSDAP. ‘The Hygiene Institute’ within the medical school, became increasingly concerned with the study of Rassenhygiene (racial hygiene) and Eugenics, in accordance with the developing National Socialist doctrine. The idea of the dead teaching the living in that context was problematic not least because of the links between the subject for study and the concentration camps. The seven portrait busts I re-made were from the Anatomical Institute’s historical collection, most of which hadn’t survived the war. Recovering their lost provenance became a part of the project, though ultimately very little could be found out. The production of the work was very intentionally hands off, the sculptures were not cast, but laser scanned and produced in ABS plastic.

LM: You have experience of working in collaboration with scientists. Can you describe this please?

CB: I think true cross-disciplinary collaboration is difficult, and most interactions get wrongly labelled. It is hard for each discipline to get past using the other discipline in an instrumentalised way. Usually the people involved have a very clear agenda for the ‘collaboration.’ Going back to the 16th century, artists were being commissioned, by anatomists for the very specific illustrative purpose of making the anatomical drawings, the power balance is very clear.

Personally, I have certainly operated both ways, sometimes with something that just needs to get done, but much more exciting are the one or two occasions when very open collaborators within the anatomy discipline are willing to embrace experimentation and artistic research within the space of the anatomy laboratory, almost allowing it to function as a kind of studio. My most recent projects try to assert that scientific research and artistic research have equal status in that context. Obviously the scientific research is held to very strict ethical codes, but also by its very nature it is experimental. Circles of Focus, developed with Brody Condon, was presented at CCA, Glasgow in 2015 and deals with collaboration very directly, I’ll talk about it at The Two Cultures event connected with your exhibition.

LM: In a number of instances the exhibition has co-opted objects that display artistry and skill in their making, but their primary use was for other purposes. I’m thinking of the birth casts William Hunter commissioned around 1770; Santiago Ramon y Cajal’s hand drawn illustrations of his neurological research published in 1895, but also Scott Rogers’ borrowing of specimens from the University’s Anatomy Museum. By curating them into an exhibition, me as a curator and Scott as an artist, are inviting audiences to re-consider these objects. Generally, do you think this approach works?

CB: Again, it is a difficult thing to get right. I have seen it done both by curators and by artists, which are two different things. When it is built fundamentally into the development of an artists’ work, and it becomes an integrated part of the exhibition, it can work really well. More and more often interventions, are being made by artists directly into collections, though its difficult when the art tries to ‘compete’. The good interventions reflect the time and care spent by the artist and those responsible for the collection working to together to really take the project on. As a strategy, I’ve actually tried to take the public behind the scenes to the objects in their museum context, rather than put the objects in the exhibition context, this is the way I have got round it myself – that only works for a very small audience due to practical reasons, but the intimacy plays an important part. If its what you do, then its all worth trying. I very much look forward to seeing your exhibition. 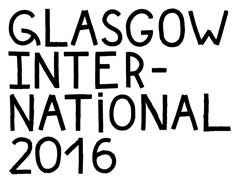 Thanks to Maggie Reilly, Curator of Zoology, University of Glasgow; Roger Hiorns; and Christine Borland for their assistance in developing the exhibition. The loan of Damien Hirst’s Necromancer, 2007, is made possible through the generosity of Anthony D’Offay.

William Hunter to Damien Hirst: The Dead Teach the Living is part of Glasgow International 2016.

F‌eatured in The Guardian's Five of the best...art exhibitions, 1 July 2016.