The War To End All Wars? 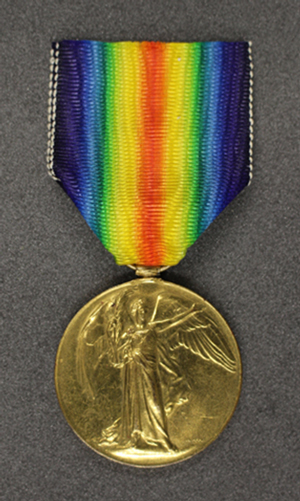 When the Armistice came into effect at 11.00am on 11 November 1918, over 700,000 British service personnel had died. Of these men and women, 780 were members of the University of Glasgow community.

Medals to commemorate the end of the First World War were struck around the world.

This small selection from The Hunterian collection commemorates the Armistice and includes a Corporation of Glasgow Declaration of Peace Medal and a Inter-Allied Victory Medal (pictured) awarded to Surgeon Commander Douglas Kinchen Adams, a graduate of the University of Glasgow who served in the Royal Navy between 1914 and 1919.