Oh, What a Blow that Phantom Gave Me! 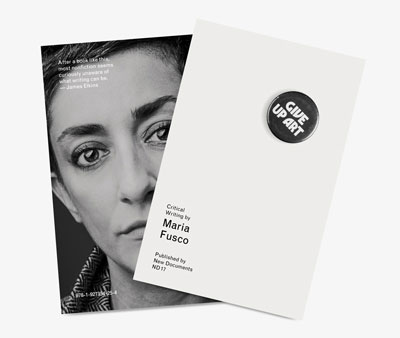 ‌Marjorie Allthorpe-Guyton is a writer and curator and Secretary-General AICA International and President AICA UK. She was National Director of Visual Arts for Arts Council England. She was Editor of Artscribe International and in 2005 she was awarded an Honorary Doctorate of Anglian Ruskin University for services to British Artists.

Chris Fite-Wassilak is a writer and critic. He is a regular contributor to Apollo, Art Monthly, Art Papers, ArtReview and Frieze; his writing has also appeared in Art & Australia, Artforum.com, Flash Art and Tate Etc. He is a contributing editor of ArtReview, and co-organiser with artist Anne Tallentire of the event ‘hmn’. His short book of essays, Ha-Ha Crystal (2016) is published by Copy Press, and is a member of AICA.

Maria Fusco is an award-winning interdisciplinary writer working across the registers of criticism, fiction and theory. Her work is translated into ten languages and has been commissioned by organisations including: Artangel, BBC Radio 4; Film London; National Theatre Wales and Performa, NY. She is a Reader at the University of Edinburgh and was Director of Art Writing at Goldsmiths, University of London and is a member of AICA.

Helen Nisbet is Curatorial Fellow at Cubitt, an artist-led gallery in London. She has worked with organisations including Contemporary Art Society, London) and Creative Time, NY and is a visiting lecturer at the Royal College of Art. She is founder of Shetland Night in London, an event that celebrates her native islands and co-founder of the curatorial collaborative Hi Barbara.

Richard Parry is the Director of Glasgow International (2017-). He was Curator-Director at the Grundy Art Gallery, Blackpool (2013-17); Assistant Curator at the Hayward Gallery (2008-2013) and Exhibitions Assistant at the British Council. Parry has written for Art Review, Frieze and Modern Painters and is a member of AICA.

The title of this event is stolen from Edmund Carpenter's book of the same name.