Hunter's Book Collection: The man and his time

My project was born from an interest in William Hunter's vast and varied book and manuscript collection, and how this collection is representative of Hunter as an individual, as a collector, and as a member of eighteenth century society. 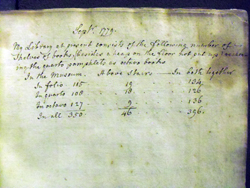 Firstly, what I found particularly interesting - not to mention heart-warming - were the personal details that emerged which gave us an insight not only into Hunter as a book collector, but also as a person - and which highlighted the similarities been eighteenth-century book collectors and book-lovers today! In the opening entry to his 1779 catalogue of his library Hunter writes: 'My library at present consists of the following number of shelves of books, (besides a heap on the floor not put up)'  - and a pile of books on the floor, perhaps beside ones bed, is not an unusual finding amongst avid readers today! 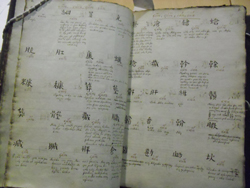 Finally, this project raised some important issues regarding archival research and the instances in which results can only be hypothesised on rather than stated with certainty. Archival research often leads to more questions than it does produce answers; it is a paper trail that leads in unexpected directions. One key problem is that documents can go missing, or may never have been produced at all: in this study, not every book acquired has written evidence of the process taken to acquire it, nor whether Hunter specifically desired its acquisition. This leads to one of the central issues of research into Hunter's book collection: the presence of a book or manuscript in Hunter's library is not evidence that Hunter wanted the item to be part of his collection, and it certainly cannot be taken as evidence that Hunter read the text in question.