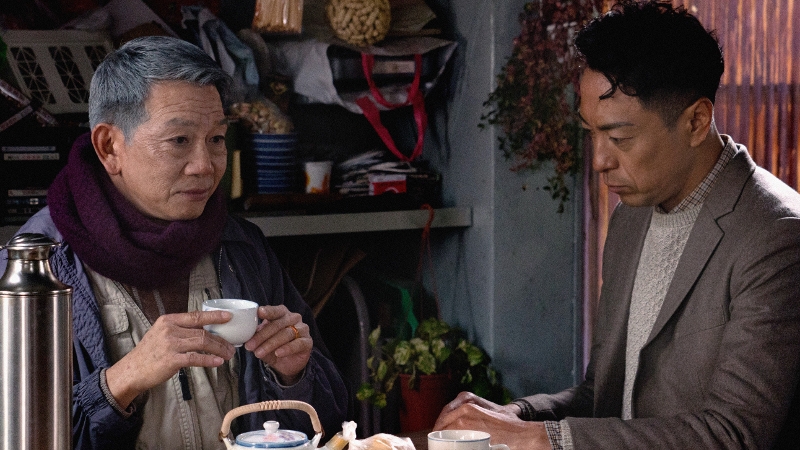 Since its inception in 2011, Chinese Visual Festival has established itself as a leading cultural event in London showcasing documentaries, fiction and experimental films from Mainland China, Taiwan, Hong Kong, Singapore, and beyond. It brings audiences a carefully curated selection of cutting-edge and challenging works from new and established directors alike.

Now in its ninth year of screening the best in Chinese-language cinema in the UK, Chinese Visual Festival is bringing three of its most popular films to Glasgow in collaboration with the Confucius Institute of the University of Glasgow. These films are a mix of fiction and documentary, covering themes ranging from gender identity to the generation gap through the lens of talented emerging filmmakers.

Tung Tai-hung, 51 and married, receives a long-distance call from London one night and learns about the death of long-time friend Ching. The caller, Bond, turns out to be Ching’s husband, who informs Tai-hung that he’s bringing Ching’s ashes to Hong Kong soon. The sudden death of an old friend reawakens yearnings in a dutiful father that have been hidden for decades. This intelligently scripted, timely LGBTQ+ drama is the debut feature from director Jun Li and the first of its kind from Hong Kong.

This screening will be followed by drinks reception.

Four Springs is a documentary that presents a family’s daily life in the remote town in southern Guizhou. From a subjective angle, the camera introduces the flow of life out of the screen: the quotidian toils, singing, excursions in nature, visits among friends and extended families, funerals, reunions, and separation. Made on a tiny budget, the debut feature-length film from director Lu Qingyi, who had no prior training in filmmaking before he started to record his own family, became a surprise box office hit in China.

This documentary by young filmmaker Dong Xueying explores the working conditions of actors in modern China. The film follows a director making a semi-autobiographical feature about the Cultural Revolution, taking thirteen young actors back to that turbulent time by bringing them to a firearms factory in rural Sichuan. Having to wear clothes and listen to music from the period, they start to adapt to the spirit of the Cultural Revolution, and conflict arises when one actor tries to leave, raising fascinating questions about Chinese society, history and the film industry.