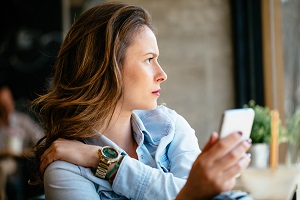 Can you ever know what someone else is thinking? I mean, really know, can we ever fully understand someone else’s intentions? How about what their intentions might be in a month, six months or even a year from now? Could you predict how someone else might behave based on secret intelligence? How much would you be willing to stake on that?

Professor Peter Jackson believes we cannot, and that is one of the main obstacles facing intelligence analysts. Jackson argues that intentions are one of the most difficult things to assess in intelligence because we cannot simply read people’s minds or step outside of our own cultural and ideological context to engage completely objectively with the world.

In Norway, the intelligence community recognised that analysing intelligence data is extremely complex. They decided that formal academic training could help to prepare analysts for the ambiguities associated with their work. Jackson was invited to contribute to the curriculum and appointed as a Distinguished Research Professor at Forsvaret ved Forsvarets etterretningschøgskole (The Norwegian Defence Intelligence University). This is the first academicallyaccredited institution devoted to the training ofintelligence analysts in Europe. Academics from France, Israel, the United States and the UK collaborated with Norwegian intelligence to devise the two-year programme which is an accredited degree.

Norway’s unique geographical location made it particularly keen to develop an intelligence school. It has remained a key strategic intelligence hub due to its proximity to the former USSR, now Vladimir Putin’s Russia. Norway continues to observe and collect all kinds of intelligence relating to Russian activities in the Baltic Sea and Arctic Region. Looking to the future, the school hopes to serve as a hub to produce ideas and train the intelligence community across Scandinavia. 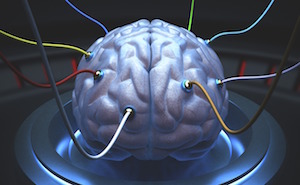 One of the programme’s first graduates says: “This was the first time I had the opportunity to study intelligence from an entirely academic perspective. This enabled me to reach a deeper understanding of my chosen profession and to view it in a broader context. The professors provided us with both tools and inspiration that will be invaluable in our further careers as intelligence practitioners.”

Professor Jackson aimed to integrate a more sceptical approach into intelligence analysts’ training through his contribution to the programme. The course seeks to ensure that analysts are aware of both the cognitive and cultural limitations of intelligence analysis. For one thing, Jackson emphasises that an analysts’ perspective on intelligence will always be subject to their political, cultural and ideological biases. Interpreting intelligence is not the same as analysing scientific research data. One cannot deduce concrete information from intelligence because the minds of other social actors are not observable phenomena. Nor is there a simple formula to help analysts to predict what an individual might do in the future.

Jackson also envisages interesting overlaps in intelligence practices and international law in the future, not to mention the possibilities for academic researchers in intelligence and security to work with governments.

If you would like to find out more about how the intelligence analysis degree programme was set up, please email us.