Reach 10 - In/Human: The Body as Resource 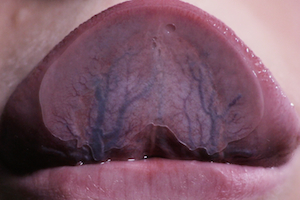 In/Human: The Body as Resource was a one-day event held in the newly opened Kelvin Hall on March 11th 2017. The event was the result of a collaboration between four students on the Curatorial Practice (Contemporary Art) Masters programme and The Hunterian.

Lesley Young, a lecturer in History of Art at the University of Glasgow noted that this is the third collaboration The Hunterian and MLitt Curatorial Practice (Contemporary Art) course has undertaken, the previous iterations being the exhibitions William Hunter to Damien Hirst: The Dead Teach the Living at the Hunterian Art Gallery (March 2016 to March 2017), and The only way to do it is to do it (March 2015 – March 2016).

The event In/Human: The Body as Resource was inspired by the themes present in the objects collected by William Hunter (1718-1783) and his fascination with anatomy and art, but also importantly the possibilities afforded by Kelvin Hall, a well-known and well-loved building in Glasgow, excitingly reimagined by partners including: the University of Glasgow, Glasgow City Council, Glasgow Life and the National Library of Scotland. In/Human: The Body as Resource explored the juxtapositions created when art and culture, and health and fitness are placed side-by-side, different kinds of self-improvement. The students interpreted Kelvin Hall as a ‘body’, in the process of being ‘resuscitated’ by the partners, visitors and activity.

The press release described the event as:

"A hybrid of performance, screening and symposium, which explores our understanding of the body and how its evolution is accelerating towards an unknown, post human horizon. The works assembled consider how science, technology and media co-opt individual bodies to monetise expertise, produce ideology and generate content."

Spaces for exhibition at Kelvin Hall will come in Phase 2 of the building’s resuscitation and it was for this reason that a one-day event seemed a viable format able to accommodate films in Seminar Rooms, performance in the Atrium, and screenings and discussion in the Lecture Theatre. Excitingly there was also a collaboration with National Library of Scotland’s Moving Image Archive, with four films dating from 1901 – 1951 related to the theme of the body selected and presented on the archive’s video-wall.

The event ended with a special screening of the rare 16mm film work, by Belgian artist Marcel Broodthaers, where the artist talks with the effigy of utilitarian philosopher and architect Jeremy Bentham.

Mungo Campbell, Acting Director of The Hunterian said “We see the potential afforded by Kelvin Hall as immense. With the mix of organisations occupying the building, the possibilities for new forms of collaboration are unparalleled, as demonstrated by In/Human: The Body As Resource. Equally exciting and inspiring is the astonishing potential for events and performances developed for Kelvin Hall, to reach the large and diverse audiences attracted to this wonderful new building.”

In/Human: The Body as Resource was an opening gambit by The Hunterian to test the possibility of collaboration in its new home with new neighbours. It was a step towards the kinds of collaboration that the Kelvin Hall partners can support, as they each begin to inhabit and breathe life into the building. It was a bold and ambitious event, at times challenging, stepping into new territory, but audiences were delighted by the art and ideas presented, and refreshed by the possibilities they encountered.

If you would like to find out more about this event or if you’d like to work with an academic from History of Art you can contact us at arts-ke@glasgow.ac.uk.