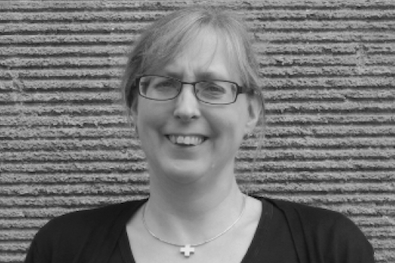 What do you think of when you hear the term ‘marriage’? Dr Charlotte Methuen wants to  know. Traditionally, the Christian interpretation of marriage is that of a union between ‘  one man and one woman’. But what does that union really mean, and how does that  impact upon the church’s view on same-sex marriage? Methuen, a senior lecturer in  Theology and Religious Studies and an Anglican priest, argues that this type of language  disguises very different interpretations of marriage.

Methuen has argued that if you believe that marriage is a partnership of two equals then  it’s not such a big step to say that those two persons could be same-sex partners. On the  other hand, if you believe that marriage is a gendered hierarchical relationship in which  the wife is subordinate, and that the relationship between the genders is complementary  and hierarchical, then supporting same-sex marriage is a much bigger leap. Unfortunately, Anglicans remain deeply divided over this issue, and a degree of homophobia still lurks below the surface in public opinion.

However, Methuen urges us to stop pretending that there is only one Christian view of marriage, because many Anglicans are in favour of same-sex marriage. Methuen believes that the current Church debate should be viewed within the context of the developing understanding of marriage. Christianity’s attitudes to marriage have evolved over 2000 years, and we should not assume that current theological understandings have always existed. Often they reflect attitudes from the nineteenth century, or even the 1950s. She wrote as such in an online essay in response to the Faith and Order Commission’s statement on marriage published in April 2013. Methuen had been part of the group which wrote the Commission’s report; however she disagreed with its ‘romanticised’ and overly ‘simplified’ theological justification that marriage is between ‘one man and one woman.’ That essay received thousands of hits online and caught the attention of the press, which led to a series of invitations to speak to speak at seminars in various dioceses and to contribute to books on the subject.

Whilst she recognises that the impact of her contribution to the Church’s discussion is difficult to measure, a recent YouGov poll suggests that far more people in the Church of England are now moving towards being in favour of same-sex marriage. Following the sessions Methuen ran at the French Archdeaconry Synod in May 2015 the Anglican Archdeacon of France commented that her ‘fascinating review of how the theology of marriage had changed over time provided an excellent context to understand better the theological issues relating to same sex relationships today.

As an academic, Methuen envisages her role as facilitating conversation between the two groups in the Church who support and oppose a change in Church law regarding same-sex marriage – no easy task when dealing with two sides whose views are often equally entrenched. Methuen also urges us not to make assumptions, because those in support can be just as inflexible in their views as those who are opposed to a change in Church law. Whilst the aim of an academic’s contribution is not necessarily to change their minds, nor should it be, what an academic can do is provide resources for the discussion.

As for the future, Methuen hopes to raise awareness of the differing views and understandings of marriage within the Anglican Communion. Methuen believes that there is also a real disparity within the general public’s views on same-sex marriage, which we tend to be less aware of. Engaging with communities regarding these types of questions is more difficult, but Methuen is keen to offer her expertise to help people probe their attitudes towards marriage. One of the ways Methuen envisages is to develop resources for secondary schools for Religious, Moral and Philosophical Education and discuss issues about relationships, marriage and same-sex marriage with teenaged pupils.

If you’d like to find out more about this project, or if you’d like to develop or support a project with an academic from Theology and Religious Studies, please contact us at arts-ke@glasgow.ac.uk.