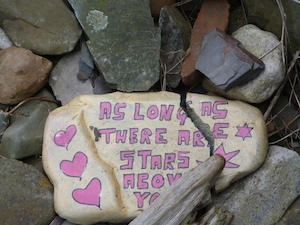 Stand at a bus stop in Glasgow and you’ll see a series of familiar images—a bird, a tree, a bell, and a fish, the four symbols of Glasgow’s patron saint, Saint Mungo. As in many aspects of British life, including many universities and schools, our present bears witness to our religious past. But what part does religion play in the present and what part should it play in the future?  A generation ago, many commentators believed that religion would soon be a thing of the past. Over the last 20 or so years, however, many have discerned what has sometimes been called ‘the return of religion’ in intellectual, political, and cultural life.  Not everyone welcomes this, of course, and this ‘return’ has often been the focus of heated debate. And, undeniably, religion has played a problematic role in many of the wars that have raged in our time, in the Balkans, in the Middle East and Afghanistan, and in the Ukraine. Indeed, it is arguable that many of the policy errors of Western governments in this time have been due in part to their failure to acknowledge the religious dimension.

Religion, it seems, often motivates the worst elements in human beings. Yet, at the same time, religious leaders such as the Dalai Lama or Pope Francis enjoy global superstar status, whilst religion continues to inspire endeavour in all areas of human activity, including, art, literature, and music. Many sporting figures celebrate their victories with gestures of prayer and thanksgiving to God.  Religion contributes powerfully to people’s sense of individual and community identity, and often inspires self-sacrificial lives of service to others. And while many Victorian churches are being made over into private homes, theatres or furniture stores, Glasgow has recently seen a striking new Sikh Temple spring up. Even if public policy is increasingly shaped by secular assumptions, it now seems clear that religion in the UK is not going away any time soon—but it is certainly changing. Overlapping and interacting with culture, politics, and ethical life, religion is not identical with any of these.

When he sat down to meditate on the problem of time, Saint Augustine famously said that time was one of those things that he knew a great deal about—until someone asked him to define it. Religion too is ‘one of those things’, and therefore how we define ‘religion’ and how we distinguish between ‘religions’ or between the various aspects of religious life (belief, worship, social service, etc.) is always an ongoing challenge in any university department of religion. But however we define it, religion is a phenomenon that goes to the heart of the questions we ask about ourselves.

Glasgow’s Theology and Religious Studies staff work on a wide range of issues that relate to the wider social place of religion. These include development work in Africa with the UN and Catholic development agencies, involvement in NHS training, developing an archive of Jewish life and history in Scotland, and helping museums develop the religious elements in their collections as well as wide-ranging involvement in Church life, including training for ministry in the Church of Scotland and the development of policy in a range of areas in the Church of Scotland, the Scottish Episcopal Church, and the Church of England. Members of the department have spoken on Radio 4’s ‘In Our Time’ and contributed to a number of radio and television broadcasts.

If you would like to find out more, or if you are interested in developing or supporting a project in collaboration with the subject area of Theology and Religious Studies please contact Prof George Pattison.