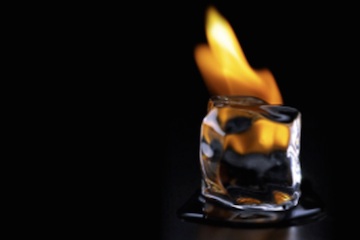 Philosophers are not sitting in dusty old offices writing books in dense, archaic language for a specialized academic audience, although ‘philosophers can be their own worst enemies’ in that respect, insists Professor Michael Brady. As a professor of philosophy particularly interested in the philosophy of emotions, morality and human suffering, Brady sees philosophers as having a crucial role in getting to the heart of some the biggest issues and questions regarding what makes us human and the formation of our very identities. Yet all too often, he admits, philosophers probing these big questions about our identity don’t ask ordinary people what they mean by identity.

That is one of the reasons Brady has endeavoured to apply his philosophical expertise in a way which engages with the wider community, and not just academic circles. His current research is focused on suffering, as part of a three year Templeton-funded project, based at Glasgow, and working with co-PI Dr. David Bain. Brady’s work on this, and his earlier work on emotion, has led him to become a philosophical adviser for a number of theatrical productions by Quarantine, an independent theatre company based in Manchester. Brady has since been approached by the director of SICK! Festival and was asked to form an advisory group to discuss the relationship between illness, suffering and identity. Launched in 2013, SICK! Festival is an event ‘dedicated to exploring the medical, mental and social challenges of life and death and how we survive them (or don’t).’  The festival organisers attest to their own philosophy of talking about the bad times in an ‘unflinching, informed, irreverent and humane’ way, through partnerships with arts organisations, charities, community groups, medical and academic institutions.

So what role can a Philosophy Professor from the University of Glasgow play in an ambitious, large-scale festival? Well, the notion of identity was one of the themes for the upcoming Sick Lab held in Manchester in March 2016, where Brady will be contributing to discussion panels and offering his academic input on the content of the Lab. He argues that the question of identity is indeed a philosophical one, meaning that if the Lab questions the impact of illness or disability on identity, surely one must question and discuss with academics and non-academics what we mean by ‘identity’ first.  For example, how much is our identity shaped by our circumstances, such as our economic background, ages, religion, morals or gender? Secondly, Brady argues that suffering is hugely relevant to identity because ‘one suffers when things that matter to one are threatened or harmed,’ and the things that matter are linked to our identity. For instance, being denied promotion might be devastating to someone who cares very deeply about – indeed, defines herself partly in terms of – her career.

These types of questions are real world issues which are relevant to all of us, and the input of a philosopher can help to clarify the questions themselves. Brady believes the impact of his input will be to help the wider community fully engage with important questions about our relationship with suffering, illness and disability with our identity as individuals, and as members of society. Part of this engagement will focus on the moral elements of these questions, concerning our relationships with people who are not like us.

Brady hopes that his contributions to SICK! Festival will further encourage philosophers to aim for greater public engagement and to collaborate with those outside of the academy, and in turn encourage the public to see philosophers’ work as relevant to their everyday lives. Even though philosophy does not have the immediate, physical and practical outcomes of a field like medicine, questioning the world around us aids our understanding and ability to answer some of life’s big questions. If you would like to find out more about this article please contact Prof Michael Brady.