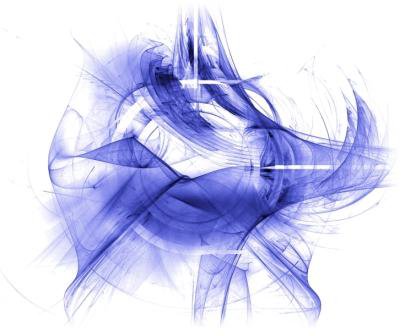 Social media promises to be everything that knocking on doors and filling in questionnaires is not: fast, inexpensive, efficient and far-reaching. As a result, Professor Carole Hough and her team chose these media for engaging the general public in an innovative way with their Scots Words and Place-Names (SWAP) project. Working with Scottish Language Dictionaries and the Scottish Place-Name Society, and funded by JISC, they generated Facebook and Twitter profiles and over nine months sought to build a community of users.

A broad reach is very important for place-name studies. They are sometimes over 1,000 years old, requiring linguistic and historical knowledge to interpret them. However, this alone is not enough. Key information is often held by local people who know the local history and topography that can help to explain place-names, particularly when there are many varieties of Scots spoken across the country. When Carole began researching place-names, she was interested in the similarities between the language of place-names and everyday language. The more she has studied place-names, however, the more she realises that the two can be quite different.

Nevertheless, the results of the study are clear to see on the SWAP website, where Alison Grant, Editor of Scottish Language Dictionaries and Vice-Convener of the Scottish Place-Name Society, has compiled “the most comprehensive and reliable glossary of Scots terms in place names”. This will be a fantastic resource for researchers, teachers and Scots speakers alike.

Another exciting and original aspect of the project involved schools. As it is not legal for children under 13 to use Facebook, a competition was advertised through Glow, the Scottish Schools National Intranet managed by Education Scotland. All school pupils were invited to submit an entry that was associated with either the Scots language or Scots place-names. The entries ranged from poems, songs, essays and stories to whole booklets. The project provided lesson plan materials for teachers and the children seemed really interested in the topic. Three judges chose finalists for each group, and all the finalists were invited to a prize-giving ceremony at the university, where the winners (voted for by the children themselves) were announced and prizes awarded by Charles Kennedy, the University’s Rector at the time.

Elaine Webster, Outreach and Education Officer for Scottish Language Dictionaries, was key to the success of this part of the project. She admits to being slightly nervous about being invited to join but said, “It was easy to engage with the team, as meetings were welcoming as well as efficient and showed openness to ideas for all involved.”

Since then, the AHRC-funded Scottish Toponymy in Transition project has also done more work with Education Scotland to produce a place-names resource for the Studying Scotland website, making the information accessible for students at all levels. The resource is available at http://www.educationscotland.gov.uk/studyingscotland/resourcesforlearning/learning/Contextsforstudy/placenames/. The forms for inputting Scots place-names and Scots words are also still available, so visit the SWAP website now and help us to fill the gaps in the knowledge base: http://swap.nesc.gla.ac.uk/.