The Tenant Experience in Social Housing

East Kilbride was designated Scotland's first new town in 1947. Situated on a hilly site in the lower Clyde valley just 8 miles south of the city of Glasgow, it was originally planned as a self-contained town with a population of around 45,000. By 1960 the target population was increased to 70,000. Today East Kilbride is home to 74,012 people.

Homes in East Kilbride were marketed by the Development Corporation as 'modern' and, in comparison with the older housing stock in Scottish towns and cities, these new dwellings were far better equipped. A 1952 article in the Hamilton Advertiser described the new flats as 'a housewives' dream' with built-in wardrobes, pram stores in the entrance hall, a heated towel rail and a kitchenette complete with a gas boiler and built-in cabinets.

It was the belief of the town planners that high quality 'modern' housing in a planned environment would promote a sense of health and wellbeing among residents, improving their quality of life.

As one of the current providers of social housing in the town, East Kilbride & District Housing Association (EKDHA) owns and manages 512 houses available for social rent. Says Mairi Brown Director of EKDHA:

“Like all housing associations, EKDHA is legally obliged to carry out consultations with tenants. It is also committed to providing maximum opportunity and support to tenants and seeks to shape future policy and practice. However, as a small housing association, EKDHA has limited resources for research, therefore engaging with a research intensive institution such as the University of Glasgow seemed the logical step.”

Using a First Step Award to finance the project, EKDHA engaged directly with Prof Lynn Abrams (History, School of Humanities) to conduct research on their behalf. 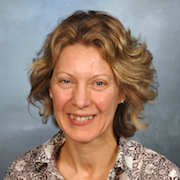 “The project aimed to explore the degree to which East Kilbride has met people's expectations and aspirations in terms of housing, local environment and quality of life,” explained Prof Abrams (pictured above).

“In contrast to surveys which assess satisfaction at a particular moment, we aimed to investigate how people's relationships with their homes have altered over their life course. This could be in response to the shifting needs of the family structure, but also to income, age or reaction to the changing character and infrastructure of East Kilbride since 1947.”

The research, which was conducted via a series of oral history interviews with long-term residents, revealed high levels of satisfaction with new town housing and the new town way of life, with respondents commenting on the modern style of homes, the sense of community and the positive sense of wellbeing experienced in the town’s early years.

“The outputs from this project delivered far more than we would have been able to undertake independently of the College of Arts. The process of engaging with the College was easier than we anticipated and, now that the relationship with Lynn and her group has been established, we would not hesitate to call on their knowledge base again,”  said Ms Brown. 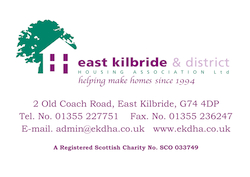