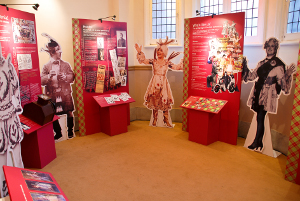 From November 2009 to January 2010, the Pantomime in Scotland exhibition toured to three theatres in the west of Scotland.

Motherwell Theatre, the King's Theatre Glasgow and the Macrobert arts centre, Stirling all played host to the exhibition during the professional pantomime season.

A number of exciting events were also held to coincide with the exhibition! 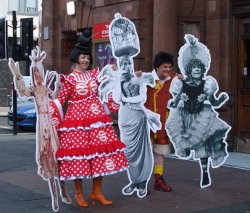 Gerard Kelly, Karen Dunbar, Gavin Mitchell and Keith Jack - stars of the King's pantomime Aladdin - took part in a special post-show discussion and recalled their experiences of performing in pantomime. 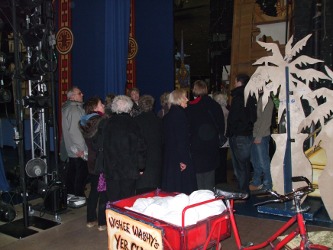 Community groups from the Glasgow area were invited to take part in an exhibition visit and backstage tour of the King's theatre in Glasgow. 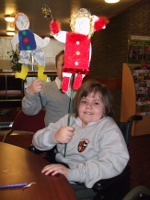 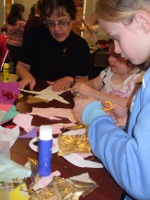 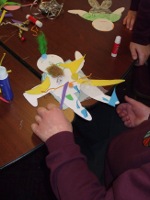 Classes from Firpark and St Mary's Cleland Primary Schools had a visit to the exhibition at Motherwell Theatre followed by a pantomime puppet-making workshop. 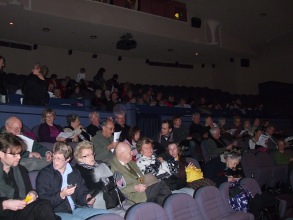 Talks and film screenings of archive pantomime footage were held in Motherwell, Glasgow and Stirling. We were delighted that Ruth Washbrook, Education and Outreach Officer at the Scottish Screen Archive, was able to join us for these events and bring her expert knowledge of the film collections. 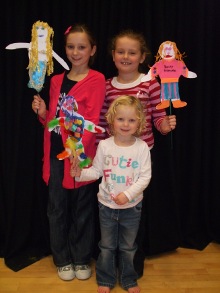 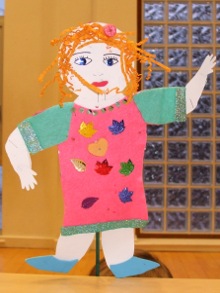 Families in Stirling were in for a treat as well with lots of fun activities such as backstage tours and panto puppet workshops!

The Pantomime in Scotland team would like to thank the theatres that participated in the 2009 / 2010 exhibition tour.