Read profiles of some of our alumni 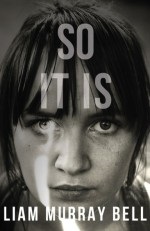 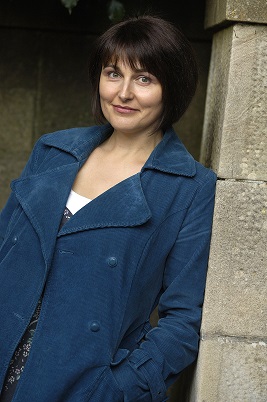 Her book, This Is Where I Am (Bloomsbury 2013), a story about a Somali refugee living in Glasgow, was a Radio 4 Book at Bedtime, while her sixth novel Rise (Bloomsbury 2015), looks at Scotland in the run-up to the Independence Referendum. Originally from Glasgow, Karen now lives in Galloway, where she's working on her next book, set in Italy in the Second World War. More at www.karencampbell.co.uk

Martin was announced as the Winner of the 2015 Dundee International Book Prize for his novel Devil take the Hindmost which will be published by Freight Publishing in June 2016. The book was written and workshopped during his MLitt year.

"I really enjoyed my MLitt year. The camaraderie and being able to tell myself and my surroundings that I was taking writing seriously was immensely important to me. I learned a lot about my own writing practice and it is fantastic to have a group of people you trust and who trust you enough to show you their early writing. The mixture of assignments, workshops, lectures and peers really made the year great. I am now pursuing a doctorate in Creative Writing and have won awards for my writing, neither of which would have been possible without the experience the MLitt gave me."

"I had a fairly nomadic childhood, living in Zambia, Scotland and England and graduated from Cambridge University with a degree in English.

In 1993 I moved to Japan to teach in language schools in Nagasaki and Sapporo and returned to the UK in 1996 to study journalism.

I’ve worked as a production journalist in local, regional and national newspapers in the UK and the UAE.

I also had a brief stint doing PR for a mental health charity while completing an MLitt (Distinction) in creative writing at Glasgow University.

I was the joint winner of the Curtis Brown prize in 2011, for the best fiction writer across the university’s creative writing programme." 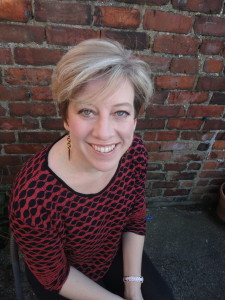 The launch was at Bordeaux Quay, Bristol.

Rodge Glass  is the author of the novels No Fireworks (Faber, 2005) and Hope for Newborns (Faber, 2008), as well asAlasdair Gray: A Secretary’s Biography (Bloomsbury, 2008), which received a Somerset Maugham Award in 2009. Recently, he was co-author of the graphic novel Dougie’s War: A Soldier’s Story (Freight, 2010), which was nominated for several awards. He is currently a Programme Leader in Creative Writing at Edge Hill University, also Associate Editor at Freight Books. His last novel, Bring Me the Head of Ryan Giggs, was published in April 2012 by the multi-award winning Tindal Street Press, then as a paperback by Serpent’s Tail, and it appeared as Voglio la testa di Ryan Giggs in April 2013 (66thand2nd, Roma). His latest book, LoveSexTravelMusik, was published by Freight Books in April 2013 and was nominated for the International Frank O’Connor Award. His fiction has been published in Serbian, Croatian, Slovenian, Danish and Italian.

I write in a variety of long and short forms; the short stories in my recent collection The Need for Better Regulation of Outer Space are all inspired by real, imaginary, and bizarre aspects of science. My novel The Falling Sky is about an astronomer who discovers the Universe and loses her mind.

I have a PhD in astronomy and worked as an astronomer for several years at Imperial College. I also have an MLitt in creative writing from University of Glasgow and I was a winner of a Scottish Book Trust/Creative Scotland New Writers Award for 2012. I’m a 2016 winner of a Suffrage Science award – set up to honour women in science.

"The MLitt gave me the chance to meet many like minded people.I was encouraged to move forward with my writing and found that asking skilled writers the correct questions was an invaluable experience. I needed somewhere to throw my enthusiasm. Glasgow University gathered it in and pushed me on."

Kirsty Logan is a writer, book reviewer, and writing mentor for WoMentoring and the Scottish Book Trust. She also writes a column on the X-Files for The Female Gaze.

Her short fiction and poetry has been published in print and online, recorded for radio and podcasts, and exhibited in galleries.

Neil Mackay is currently the editor of the Sunday Herald newspaper. He is the author of the non-fiction work The War on Truth, and two novels, All the Little Guns Went Bang Bang Bang, and The Wolf Trial. He is also a film-maker and radio broadcaster.

"The MLitt was one of the most rewarding experiences of my life. It allowed me the time to write my first novel, and it surrounded me with the brightest of inspiring talent - both in the form of the students and the lecturers. I loved every minute of it ... and actually wish I could go back and do it all over again."

Micaela Maftei holds a PhD from the University of Glasgow's English Literature Department. She is based in Toronto, Canada, where she works as a freelance editor. She is co-editor, with Laura Tansley, of Determining Form: Creative Non-Fiction Journeys (2013). - See more at: http://www.bloomsbury.com/author/macaela-maftei/

He is also an editor and journalist. He sits on the editorial board of Eastlit Magazine and is Reviews Editor of Shoreline of Infinity.

He is represented by Judy Moir at the Judy Moir Agency.

Jennifer McCartney's novel debut novel Afloat was picked up by Penguin while she was completing the Glasgow University Creative Writing M.Phil. It went on to be a bestseller in her native Canada. Her writing has been broadcast on BBC Radio 4 and featured in Gutter Magazine, Joyland, and XOJane. She writes for a variety of publications including Publishers Weekly. She lives in Brooklyn, NY where she works as a freelance editor.

I am a writer living in Edinburgh, Scotland. I like to write about what I call the ‘murderous’ side of family life – the dark, the quirky and the strange.

I am represented by Clare Alexander of Aitken Alexander Associates.

My debut novel, The Other Mrs Walker, about a woman who finds families for dead people, is published by Mantle/Pan Macmillan.

My short stories, non-fiction and other tall tales have been published in a variety of anthologies and magazines including New Writing Scotland, Gutter and The Herald newspaper.

I have an MLitt in Creative Writing from the University of Glasgow. I was awarded Glasgow’s inaugural Curtis Brown Prize for Fiction in 2009, the Maverick Award from the Tom McGrath Trust in 2011 and the Literature Works First Page Prize in 2013.

I am a Hawthornden and a Brownsbank Fellow and a member of writers collective 26. 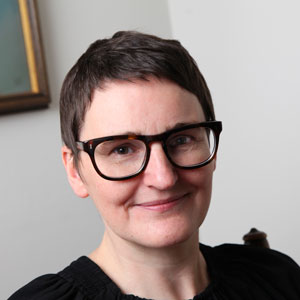 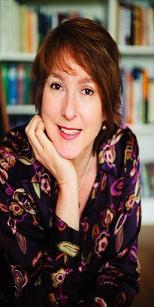 Maggie Ritchie won the Curtis Brown Prize for her debut novel, Paris Kiss, which she began on the MLitt. Maggie was runner up for the MLitt's Sceptre Prize, and long listed for the Mslexia First Novel Competition.

Paris Kiss was published by Saraband in 2015.

Maggie has also had short stories published in New Writing Scotland and in magazines.

She lives in Glasgow where she is a freelance journalist. Her second novel is currently being considered by publishers and she is working on her third.

You can find out more here: http://maggieritchie.com/

"The Mlitt in Creative Writing was transformative. It gave me the opportunity to have my writing considered seriously by inspiring tutors who are professional writers and by talented peers. I thought harder about writing, read better and and took bigger risks. I also enjoyed the whole experience immensely and look back on it as a special time." 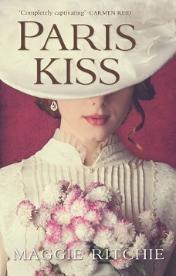 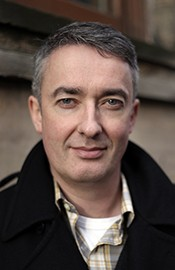 "I studied History and History of Art at the University of Edinburgh before completing the Creative Writing Masters at Glasgow. After graduation I was founding co-editor of Gutter, Scotland’s leading literary magazine, with Colin Begg, another course alumnus. Before the MLitt, I edited a number of anthologies of new writing including The Hope That Kills Us: An anthology of Scottish football fiction (Freight, 2002) and The Knuckle End: A meaty collection of new Scottish writing (Freight, 2004).

I have also co-authored the humour book 101 Uses of a Dead Kindle (Freight, 2012) with the artist Judith Hastie, a BA top five Christmas Book of the Year 2012 and winner of two Scottish Design Awards 2013. Judith and I published If Dogs Could Swear in October 2013. I also co-authored Look Up Glasgow with David Barbour in 2013, nominated for a Scottish Design Award, and on my own Look Up Edinburgh in October 2014. My writing has been published in The List, the Scotsman, the Herald, the Scottish Review of Books and a number of anthologies."

Helen Sedgwick is a writer, publisher and literary editor. Helen was the joint managing director of ‌Cargo Publishing from 2014-2015, and founded Wildland Literary Editors in 2012. She is represented by Johnson and Alcock.

"I've had a bit of an unusual career. I'm currently working as co-managing director of Cargo Publishing, and over the last few years I've been managing editor of Gutter, co-founding editor of Fractured West, editor of Glasgow University's From Glasgow To Saturn, and a freelance editor working for both publishers and writers. I've taught creative writing at the Universities of Glasgow, Edinburgh and Strathclyde. I'm also a writer myself - my work's been published internationally and broadcast on BBC Radio 4, and I won a Scottish Booktrust New Writers Award in 2012.

Before I was a publisher and writer, I was a research physicist. How I moved from one to the other is a long story, but there is one thing that stands out. It was during my year spent at Glasgow University that I realized what I wanted to do, developed my skills as a writer and began my career as an editor. Through the people I met and the ideas we shared I can honestly say the MLitt helped me to change my life."

Em finished her PhD in Creative Writing (ecological poetry) at Glasgow in 2013 and now teaches Creative Writing and COPI (Community of Philosophical Inquiry) at Dumfries prison. She is a recipient of a Scottish Book Trust New Writer Award 2014 and works as poetry editor for the Dark Mountain Project. Her work has been published widely in anthologies and journals, commended in the 2013 Wigtown and McLellan poetry competitions, and two poems were shortlisted for the 2014 Bridport  Prize. Her pamphlet, Stone, was published by Atlantic Press in March 2016, and her first full collection, Bird-Woman, will be published by Shearsman in autumn 2016.

"My second collection of poetry, Locust and Marlin (Shearsman), came out in February 2014 and has been shortlisted for the Saltire Poetry Award 2014.  The MLitt was enormously beneficial, culminating in winning an Edwin Morgan Travel Bursary and journeying to the Aeolian Islands to write my first book, Condition of Fire (Shearsman).  The course provided training in a wide range of writing forms, gave me experience in discussing and defending my poems and allowed me to meet many other writers who remain friends and collaborators.  I am a partipant on the Jerwood Foundation Opera Writing Programme in 2014. I work now as the Programme Manager at the Scottish Poetry Library – a dream come true!  I curate and run the events programme at the library, run poetry workshops and do my best to support poets and readers of poetry in all sorts of capacities – including by conducting interviews for the Scottish Poetry Library podcast."