‌‌‌‌‌‌‌‌David Frisby was one of the foremost scholars and interpreters of German Social Theory, a pioneering analyst and historian of many of the defining characteristics of modern social life and a widely respected and much loved lecturer. His particular contributions to the social sciences include key expository accounts of the work of theorists such as Walter Benjamin and Siegfried Kracauer (see, for example, his Fragments of Modernity); the translation (initially with Tom Bottomore) of Georg Simmel's masterwork The Philosophy of Money, and for which he provided an extended and definitive introduction; and shrewd, scholarly explorations of life and culture in the great metropolitan centres of Europe and America (see, for example, his Cityscapes of Modernity).

His writings were themselves translated into numerous languages, and he served as visiting professor at the Universities of New York, Konstanz, Yale and Princeton. A panoramic edited collection of writings on Berlin, on which he worked with Prof. Iain Boyd Whyte (Edinburgh), was published in 2012 by University of California Press.

David Frisby was, for many years, Professor of Sociology at the University of Glasgow, and also acted as Head of Department. This page has been established in order to make publically available some key resources concerned with David Frisby's life and work, with the help and support of his former student Dr. Georgia Giannakopoulou. A biography and an introduction to his work by Dr. Giannakopoulou can be found here: DF Biography

The following link to three previously unpublished addresses by Prof. Frisby: 'Modernity, Metropolis and Amerikanismus','Old Vienna/New Vienna; Inside/Outside: Some Parameters in Resistance to Modernity' and 'Spirit of Modernity, Spirit of the Metropolis - Martin Wagner's Modern Berlin'.

An extended expository essay, by Dr. Giannakopoulou, drawing on Prof. Frisby's original notes and commentaries, and focussed on the concept of the 'streetscape', can be found here: David Frisby's Archives and Streetscapes of Modernity 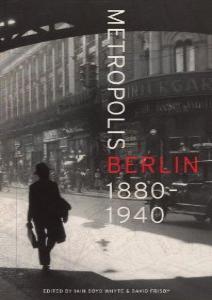