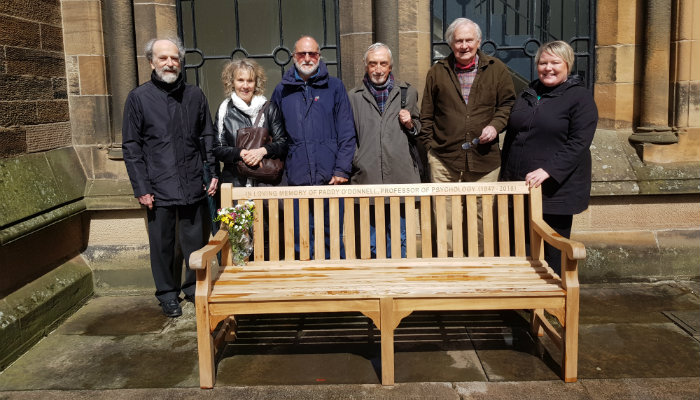 A memorial bench for Professor Paddy O’Donnell was unveiled in the University of Glasgow's West Quadrangle in Spring.

Several of Paddy’s old colleagues, many of whom worked with him for well over twenty years, got together to pay a visit to his memorial bench on Wednesday 25 April.

It was an opportunity to share some fond memories from Psychology over the years, and to reminisce about a highly-respected, hugely popular and much missed friend and colleague.

Paddy’s memorial bench is situated in the University's West Quadrangle, facing the South Front, which can be found at A6 on the campus map.